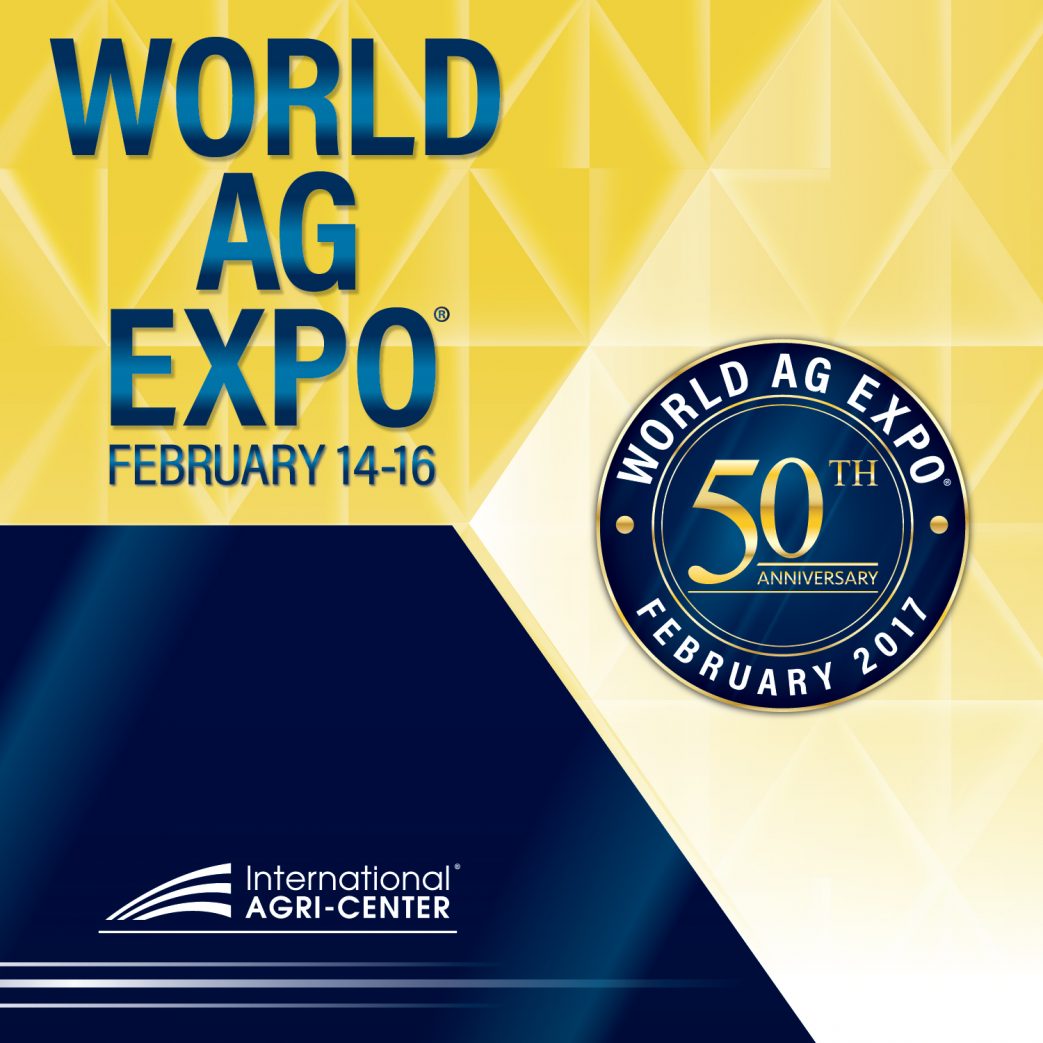 The World Ag Expo is celebrating its 50th anniversary, and it is an event you will not want to miss. Jerry Sinift, chief executive officer of International Agri-Center, spoke about what to expect at this year’s expo on February 14–16 in Tulare, California.

Sinift says the expo has something new every year. Growers will be introduced to diversified new products from around the globe. “(It’s) really a unique opportunity to get a real perspective of agriculture globally,” Sinift said.

There will be a celebration of the 50-year anniversary every day of the expo. Tuesday’s opening ceremony will be held outdoors (instead of indoors, like the past years) to kick off the celebration. There will be an after-hours party on Wednesday night to continue the festivities. Parmalee, a country rock band, will perform at the after-hours party, and the night will end with a fireworks show. Thursday afternoon will feature a parade of the 50-year exhibitors, as well as tractors and equipment from the past five decades.

The expo will include over 1,500 exhibitors. Sinift says over 100,000 attendees from 70 countries are expected. There will also be special attractions, such as a charity raffle to win a Toyota Tundra, agriculture tours and wine tastings from local California wineries.

Sinift and his team are eager to begin the expo and the celebrations. “It’s an exciting time for us; it’s a real anniversary,” he said.

According to Sinift, discounts for tickets are available online and all ages are welcome at the event. Visit www.worldagexpo.com for more information or to purchase tickets.

Listen to the full interview