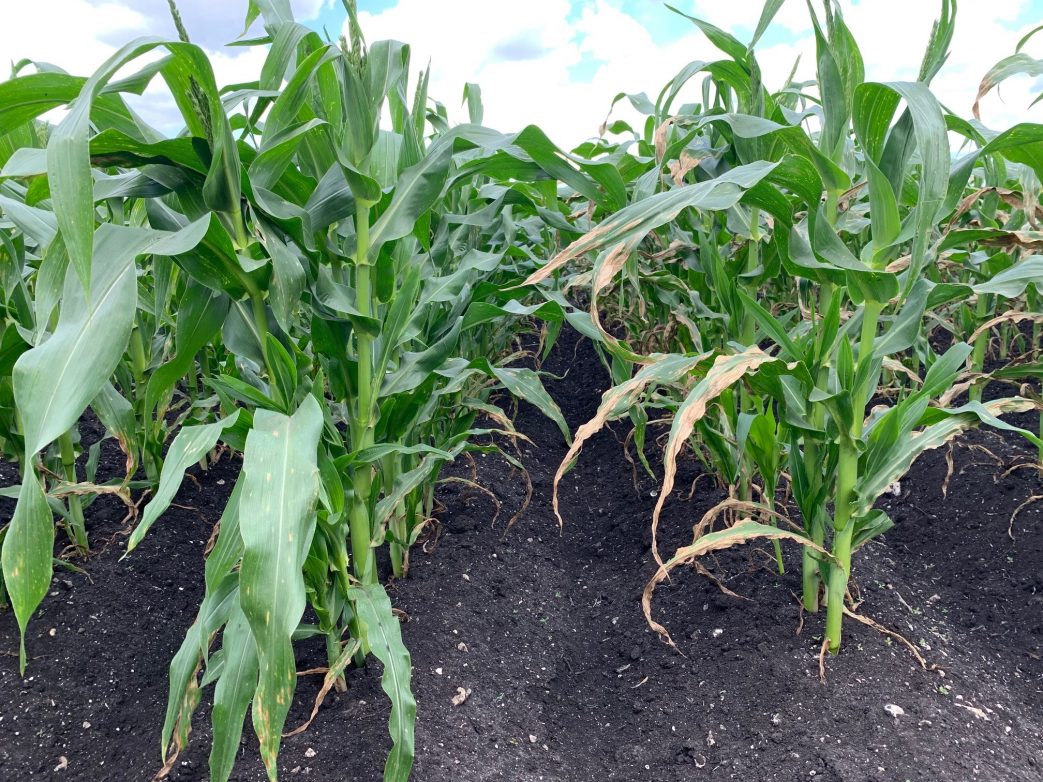 Northern and southern corn leaf blights (NCLB and SCLB) are global problems. Caused by different fungi, these diseases have a history of devastating results in the United States. While the fungi that cause NCLB and SCLB have been heavily researched in field corn, scientists have only just gained traction when it comes to resistance in sweet corn.

At the University of Florida Institute of Food and Agricultural Sciences (UF/IFAS), Assistant Professor Marcio Resende leads a team of 15 toward improving sweet corn for growers and consumers alike.

In 1970, SCLB was first reported in Belle Glade, Florida. It quickly spread into the Corn Belt, where 85 percent of American corn is grown. The fungus jeopardized U.S. corn exports, business partnerships and farmers’ livelihoods. Since then, researchers have worked extensively on different aspects of managing the disease. Resende’s lab is approaching the problem from a breeding standpoint by introducing host resistance.

FLORIDA CHALLENGES
Florida’s capability of promoting disease among crops remains strong thanks to humidity. According to Juan Gonzalez, a Ph.D. student on Resende’s team, the state’s climate promotes SCLB and NCLB — increasing concern on how to manage the diseases with fungicides.

“When you spray fungicides, eventually the fungi can become resistant to the fungicide,” warns Gonzalez.

These foliar diseases can rid the crop of its leaves and potentially show up on the corn itself. Because Florida produces sweet corn exclusively to sell to the fresh market, the appearance of a sweet corn ear is more important in impressing the consumer than that of a field corn ear.

“It’s all about how it looks at face value,” Gonzalez says.

NCLB VS. SCLB
NCLB can be distinguished by long brown streaks on the corn’s leaves, while SCLB is noted for its brown freckles. Despite the opposing names, both diseases occur globally. According to Resende, host resistance can be an effective and efficient way to control the diseases and potentially help growers reduce fungicide costs.

“They (NCLB and SCLB) both reduce plant photosynthesis and therefore reduce yield,” Resende says. “They can both be controlled with fungicide application, but there are always costs involved with chemicals and scouting the fields for the presence of the disease.”

USING TECHNOLOGY
Resende and his team have worked to determine what are the fastest and most accurate ways to make sweet corn in Florida become resistant to NCLB and SCLB.

“We’re using artificial intelligence to find an easy way of measuring how sick a plant gets, and then we can better decide which plants (won’t get sick),” Gonzalez says.

The team is currently developing a computer algorithm to determine how much of a corn leaf is infected with fungi. In order to learn about the disease and develop its management, UF/IFAS researchers are combining images with DNA information to make better predictions.

“The benefit of that is if we can predict whether there’s resistance,” Resende says. “With these methods, we won’t need to inoculate them (corn plants) with the disease to tell if they’re resistant or not, speeding up the process.”

Ultimately, sweet corn genomics at UF/IFAS is about helping the industry.