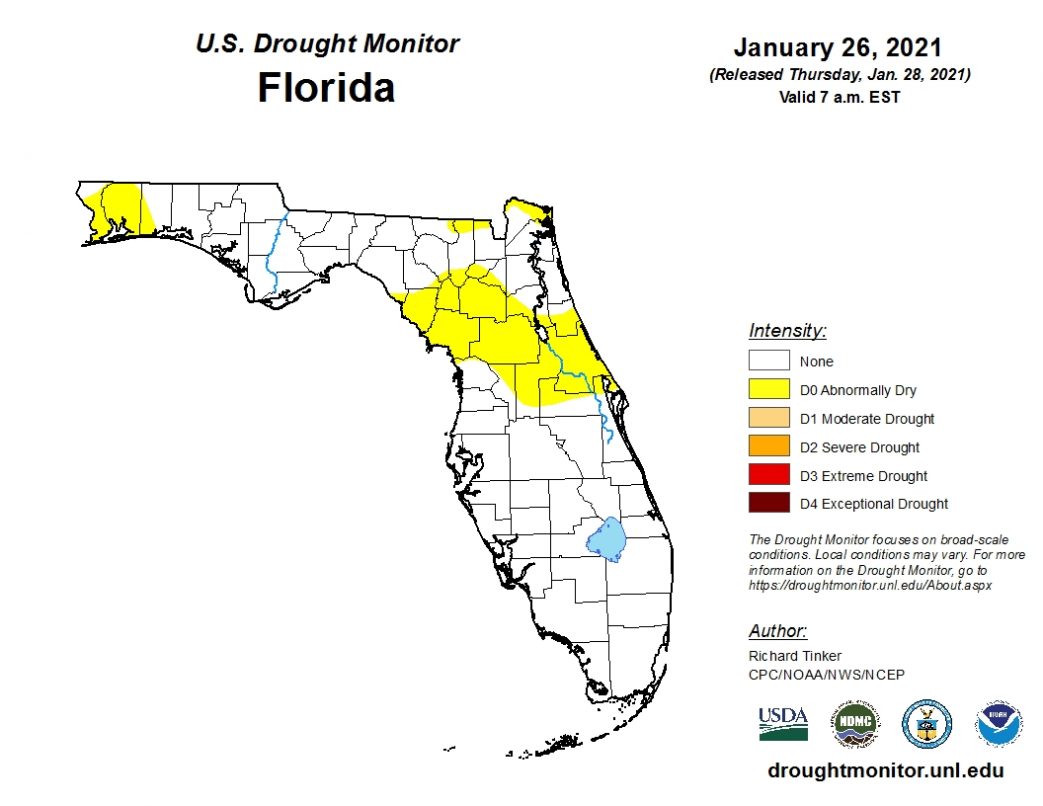 Cool temperatures and wet conditions are impacting South Florida’s vegetable production. According to the South Florida Pest and Disease Hotline, yields are way below normal. As a result, prices have been good for various crops.

“Volumes have been light with yields of many items 30% to 50% of normal or less,” the hotline reported.

According to weather.com, warmer temperatures and drier conditions are expected later this week, with high temperatures in Belle Glade, Florida expected at 82 degrees Fahrenheit on Friday.

South Florida has received sufficient rainfall this winter. According to the US Drought Monitor, the only areas of the state listed as abnormally dry include a portion of north-central Florida. It extends as far south as Orange County, Florida to as far north as Columbia County; along with areas in the Panhandle and on the Georgia-Florida line.