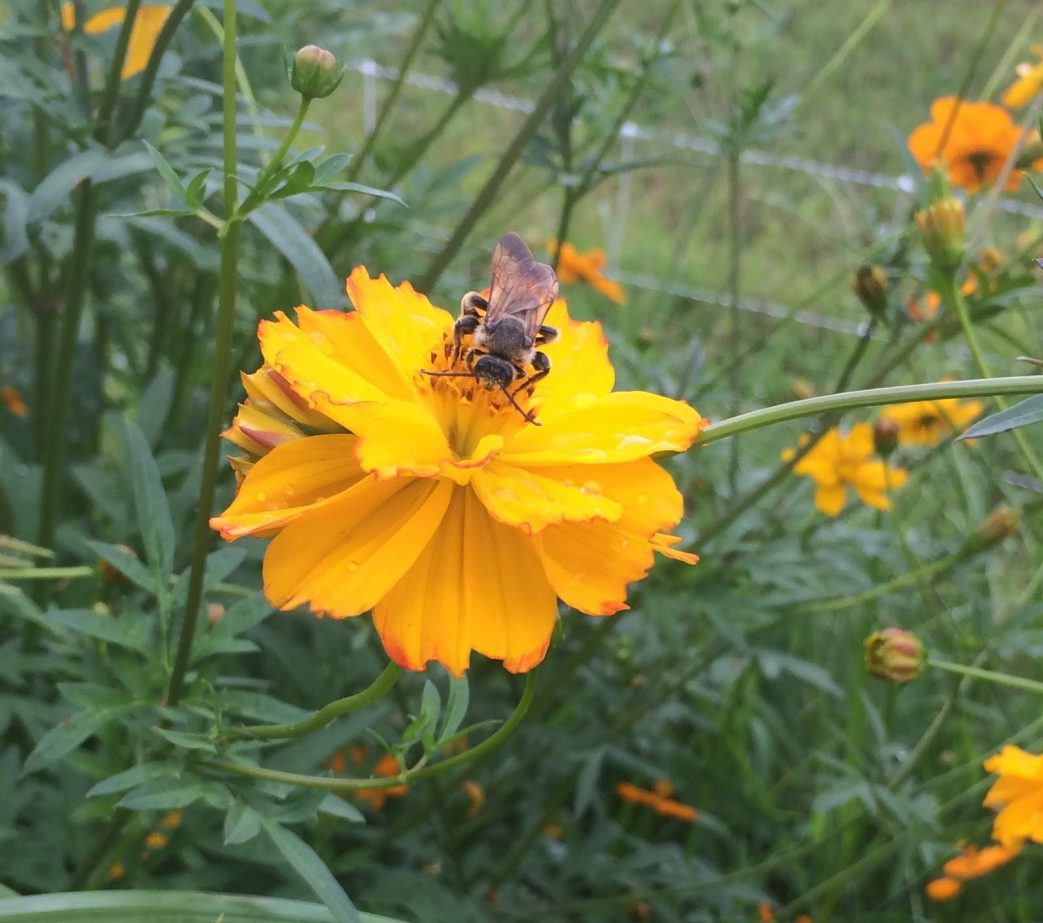 To attract more watermelon pollinators, growers can use different types of wildflowers around their crops.

That’s what Miriam Jenkins, a graduate of Clemson University’s Wildlife and Fisheries Biology program, determined from her recent study. For pollinator-dependent crops like watermelon, adding certain wildflowers to the surrounding landscape helps create a better area for pollinators to feed.

Jenkins said the main objective of her research was to find out more on pollinators and their effects on crops. The study included American bumblebees, sweat bees, bee flies, Eastern black swallowtails and two-spotted Longhorn bees among other insects.

“There’s evidence that shows … a more diverse pollinator population has (positive) effects for pollination services to crops and other types of plants as well,” Jenkins explained. “That would be something important for the watermelon crop: if we were able to bring in a more biodiverse community of insects for the watermelon crop to be able to have higher yields and better-quality fruit.”

The flowers used to attract pollinators focused on zinnias, indian blankets, cosmos and tickseeds. The wildflowers were chosen for their combination of flowering periods that coincided with the watermelons growing around them. The four wildflowers reportedly succeeded in attracting a wide diversity of insects, especially pollinators.

“This long flowering period is something that’s really beneficial for pollinators,” Jenkins said. “You bring in multiple species that are bringing in that extra level of biodiversity in terms of your plant community, which is going to translate into your insect community. Looking at the pollinator observations and looking into what we can do to support them is really important for the future of food.”