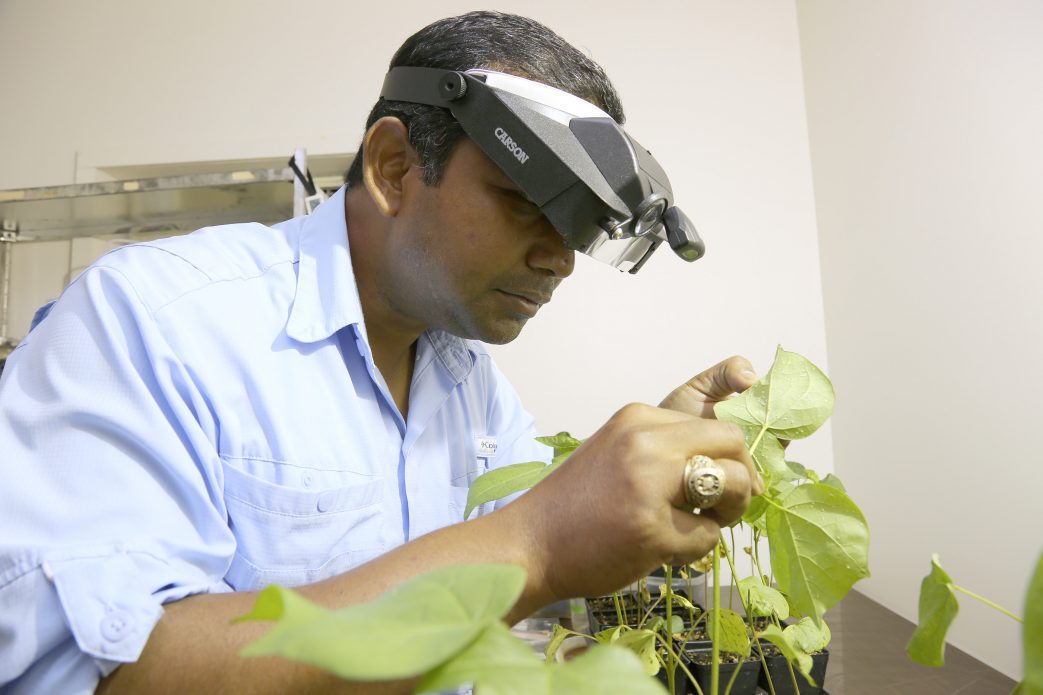 Whiteflies have already been reported in Georgia vegetables this spring. They are not yet a concern for Alabama producers, however.

Extension Entomologist Ron Smith said as cotton continues to be planted in Alabama, the focus right now is managing grasshoppers and thrips. Their focus will turn to whiteflies in early July.

“I knew they overwintered at some level over there somewhere around Tifton (Georgia). It’s the winter vegetables that are causing them to be able to overwinter over there. We don’t have a lot of vegetables down in the southeastern corner of the state. They have damage and problems at least a month before we do,” Smith said.

University of Georgia Cooperative Extension vegetable entomologist Stormy Sparks said in early May that whiteflies were already present in Georgia vegetables. This is not good since cotton farmers are currently planting their crop in Alabama and Georgia. Whiteflies like to feed on cotton plants as well.

While colder temperatures do not eliminate whiteflies, they do kill many of their wild hosts. They also slow population development in cultivated hosts. Warmer temperatures this winter allowed for larger whitefly populations to overwinter and become mobile earlier.

“We have the potential of having another outbreak like 2017 or 2018 this year because of the mild winter. A lot of things can happen between now and then that can make the problem worse or better. One of the things is planting date, getting our cotton planted on time. Another is how dry it is during the season. Things like that can impact it,” Smith said. “We will really start focusing on what’s happening in Georgia about the first of July.”

Smith said whiteflies’ impact in Alabama is normally felt about a month later than Georgia.

“It is one thing that we’re concerned about because of the mild winter and we will be focused on it a little bit later,” Smith said.

Whiteflies cause feeding injury issues in vegetables and transmit two viruses: cucurbit leaf crumple virus and cucurbit yellow stunting disorder virus. Vegetables like squash, zucchini, cucumber, cantaloupe and snap beans are highly susceptible to these viruses. Commercial cultivars that have resistance or tolerance to these pathogens are not available.

Will They Get Worse?

The weather patterns over the next couple of months will determine if the whiteflies continue to worsen. How much rain will there be? How heavy are the rains and when will they occur? This is especially important as farmers move from winter crops to spring crops and then to cotton. Freezes in the winter and a tropical storm-type of weather system really impact populations.

Sanitation is also key with whitefly management. Farmers need to get rid of spring vegetables once they’re done harvesting.

“If you’ve got crops where you know you’ve got them, if you’re done with the crop, get rid of that crop,” Sparks said. “I think, overall, we’ve been doing a better job with sanitation. That’s something we always need to hammer on and remind them that sanitation is critical.”