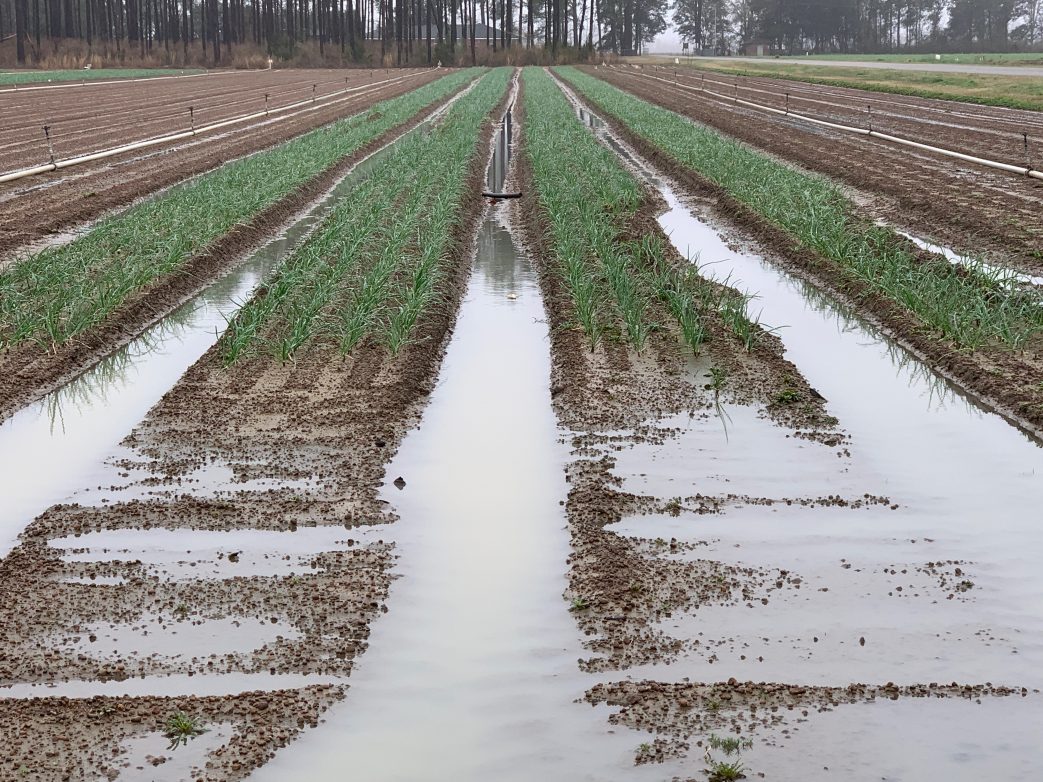 Weather forecasts call for sunshine every day but Monday this week in South Georgia. It’s not a moment too soon for vegetable farmers itching to get in the field.

Unfortunately, the excessive winter rains have delayed work for producers. It could have a snowball effect heading into next fall, says Sam Watson, managing partner of Chill C Farms in Colquitt County, Georgia.

“We’re still not through planting cabbage, so we’re going to kind of have a mess there with that. We’re behind on planting cabbage,” said Watson, who hopes to plant the rest of his cabbage during the middle of this week. There are still plants in the greenhouse that should have been planted Feb. 1.

“Of course, we haven’t laid any plastic yet. We usually start planting about the second week in March. We’ve got a lot of decisions to make when we get to the point where we can lay plastic.”

Watson and other producers face a key decision moving forward. Normally a fumigant like Telone is applied before plastic is laid. The fumigant is trapped under the plastic, and farmers normally wait three to four weeks before planting.

However, that may not be ideal with growers who want to stick to their planting schedule – which for Watson is around March 15. If it stays sunny most of this week , it won’t be until next weekend before Watson can start the process. If he utilizes a fumigant at pre-plant, it wouldn’t be until the end of March before plants get put in the ground.

“Timing is pretty critical because you’ve got certain things that need to happen before you can even put the plant in the ground. Not being able to lay plastic is going to cause a lot of delays,” said Watson who has about 100 acres that need plastic applied. “If you plant two weeks late in March, that means it’s going to come off two weeks late, which means you’ll go two weeks later in July. It just starts snowballing on you. Timing is critical with these vegetables. If you’re late in the summer with your vegetable crop, then you feel like you’ve got to pick it later but then that gets you behind on your fall crop.”

Telone provides control of nematodes. If growers bypass applying it in their first vegetable plantings, there are other management options they can use during the growing season, but none are ideal, Watson said. But that may be the route he has to use if he wants to stay on schedule.