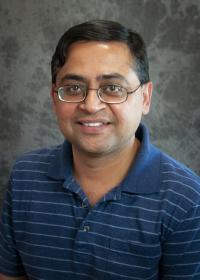 A farmer may have a certain Integrated Pest Management (IPM) plan to utilize during this year’s growing season. Mother Nature may have other ideas, however.

“The local weather patterns are really challenging agriculture. Not just now, it’s been happening for a long time,” Majumdar said. “What I want to show you is how we’ve cycled between drought, a prolonged drought and then we had a very wet year and then we had a flash drought. These weather patterns are really impacting how insect populations are growing, how they’re behaving and then our effectiveness with insecticides, whether it be organic or conventional.”

In the summer of 2016, a prolonged drought led to an increase in moth activity for fall armyworms, beet armyworms, squash vine borers and cabbage loopers. The following summer was a wet year, which led to major decreases for moth activity.

“To me, I think that flash drought is very dangerous. In 2019, I saw two acres of tomato plots for research, that flash drought increased insect pressure so suddenly that we were just unaware of the high population that suddenly the crop was looking really bad with insect outbreaks. I think we are better situated for handling a prolonged drought. We have drip irrigation systems most of the time. But if you have a flash drought, you just don’t know, it comes suddenly, affects the crop and increases the insects,” Majumdar said.

He added that a flash drought can cause more than 70% crop loss in late-season tomatoes.