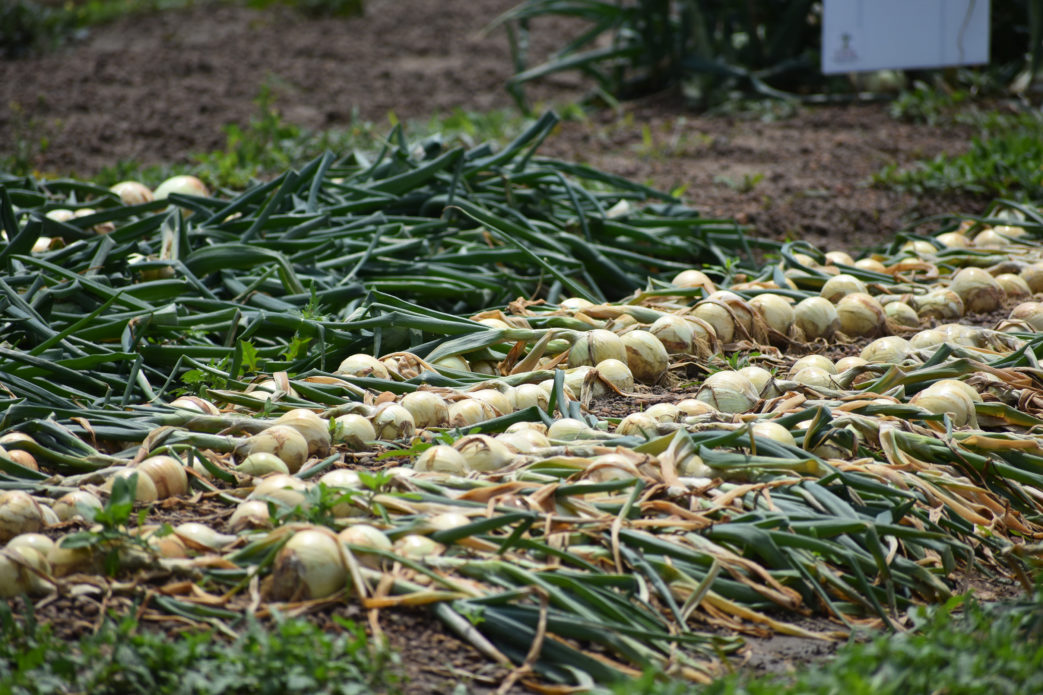 Vidalia onion harvests have begun in Southeast Georgia. Early returns are positive despite changing weather patterns over the past month, says one Georgia farmer.

“Overall, the quality looks like it’s going to be fair quality,” said producer Aries Haygood. “These changes in these weather patterns the last three or four weeks has got us a little bit on edge. We just don’t know exactly what it’s going to look like once we run them through the driers and the processed part of it all.”

One day there might be cool, early morning temperatures. The next day would be very warm. Then last week, the area received an abundance of rainfall, including Vidalia, Georgia, which received 1.78 inches, according to the University of Georgia Weather Network.

“One minute it is cold, and onions are moving along at their own pace. Then it warms up, and they get to speeding up. Then we shock them and make them cold again,” Haygood said. “We just try to adapt to the weather changing like that.”

The weather could impact the onions’ long-term quality as they are being stored.

“We grow a crop for our customers to have them as long as they possibly could have them. We always put onions  in storage with our fingers crossed and hoping that nothing happens when they come out. When you put any type of crop through as much stress as we have this year, you just don’t know what you’re going to get,” Haygood said. “I’m still very optimistic. I think the yields are going to be decent enough to help offset some of that. Only time will tell really.”