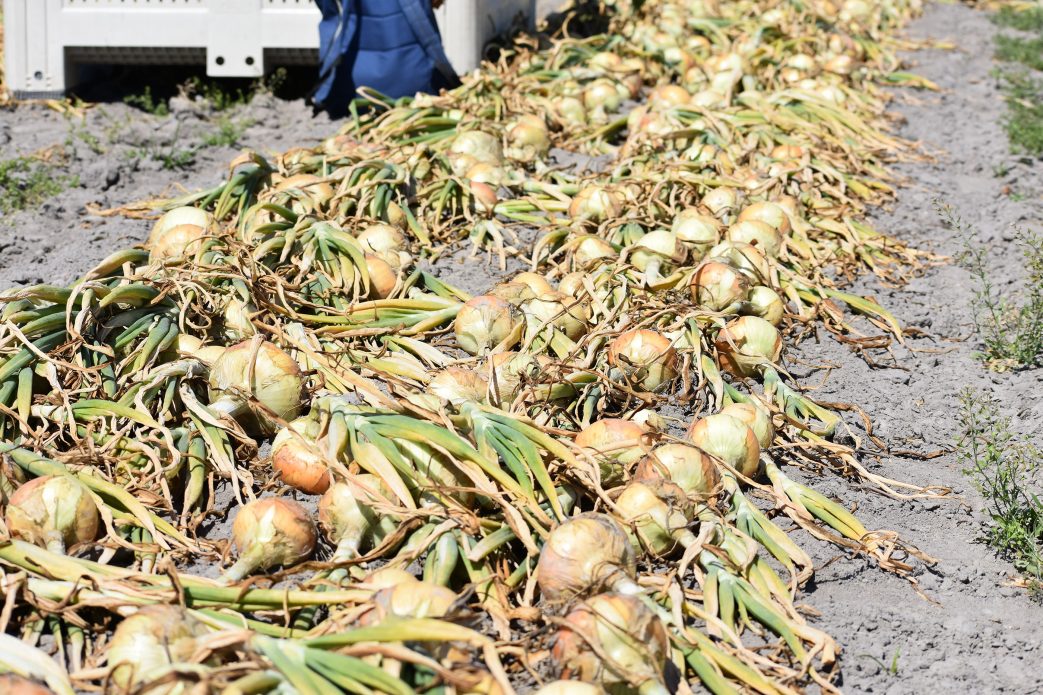 A successful Vidalia onion season is nearing an end for producers in Southeast Georgia. Cliff Riner, crop production manager for G&R Farms in Glennville, Georgia, said his farm’s production should end between May 15-18, depending on how much rain the region receives this week and slows down harvests.

Ironically, the lack of rain has helped producers enjoy a consistent and abundant flow of Vidalia onions this season. Fields have also produced large crops.

“Our volume and our quality have held up really nicely. We have dodged some of the recent rains that other parts of the state were getting, which has helped us continue to harvest without any kind of setback. We’ve been real blessed in that effect,” Riner said. “The sizing on the tail end of the crop, traditionally, is smaller than the front end of the crop. But our last several fields that we’re finishing up with have had really good sizing. We’ve been fortunate from the beginning of the season to the end of the season to not have any volume decreases per acre. Our per-acre yield has been very good.

“We’ve had pretty cool weather and dry weather. It’s been a blessing on both sides from temperature and rainfall.”