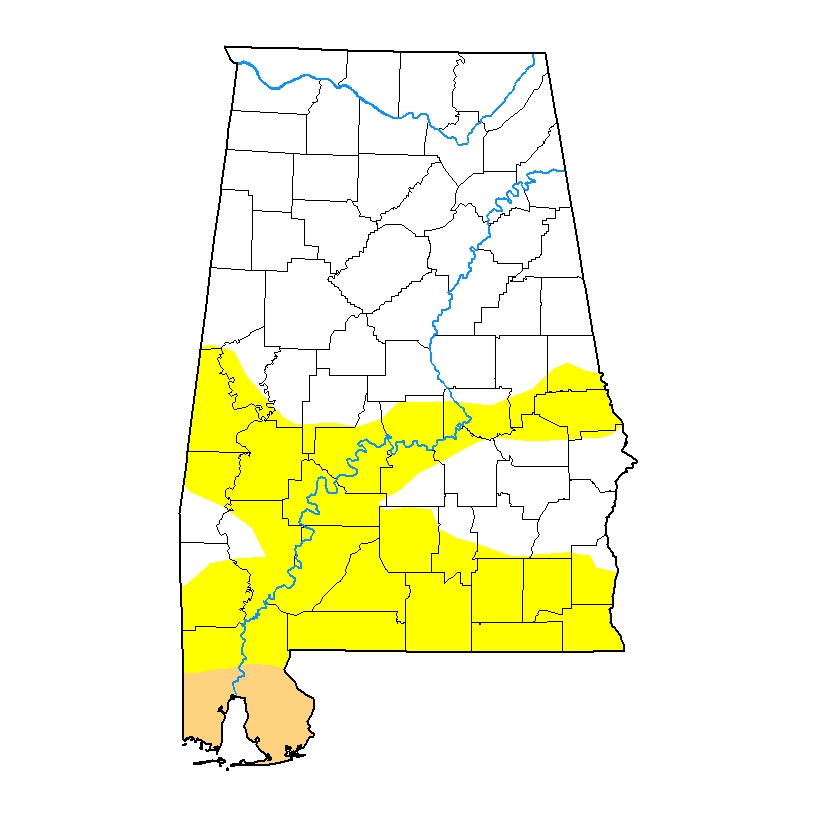 Farmers in South Alabama are in desperate need of rain. Producers in North Alabama need field conditions to dry so they can plant their crop. It’s been an unpredictable winter and early part of spring for the state’s vegetable growers.

“It’s been wet in the central and northern part of the state and it has been impressively dry on the Gulf Coast. (Even) with this last storm we had (Sunday), things are very dry,” said Joe Kemble, Auburn University Extension vegetable specialist. “Most of the plantings, I think things have been going okay. We’re still pretty early right now. There’s still a lot of brassicas, collards, cabbage, broccoli and other cole crops out there in the field and look good.”

Alabama farmers produce a substantial amount of tomatoes, melons, cantaloupes, sweet corn, southern peas, greens, squash, zucchini and sweet potatoes every year. The state’s vegetable production is located as far south as Mobile on the Gulf Coast, all the way to Huntsville, which is located near the Tennessee border. But as vegetable crops try to grow, they continue to experience vastly different weather conditions throughout the state.

“Last night, I think in the Huntsville area, they got over 5 inches of rain. Where down on the coast, they got less than an inch and a half to two inches. Unfortunately, that wasn’t even enough to do a lot in the Gulf Coast area,” Kemble said. “It’s something with how dry it is in the southern part of the state. Most of our vegetable crops are irrigated. In the long term, it is a concern. Wells can only get you so far. It’s also a bigger expense associated with having to provide well water.”

Kemble said growers are still trying to plant crops in the central and northern parts of the state amid the wettest winter on record.

“I think things are pretty well on schedule. There was a lot of concern in March just with the incredible amount of rain we received. That was more of a problem for crops that were already in the field. The weather’s been sort of decent the past couple of weeks,” Kemble said. “I think a lot of people have been able to get out there and prep their fields and get plastic laid and things like that. I think they’re sort of right on schedule, maybe a little bit behind in planting. From the folks I’ve spoken to, I don’t think they’re weeks behind, I think they’re a week behind, in some cases.”