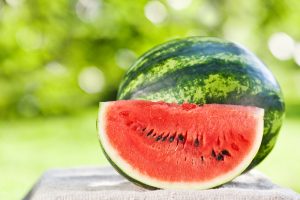 Times have changed in the past two months for watermelon farmers in the Southeast. When farmers in Alabama, Florida and Georgia began planting their crop in late winter and early spring, the coronavirus pandemic struck and created a cloud of uncertainty for growers.

What would harvest season look like? Would there be customers to purchase the crop? What kind of market value would there be?

Fast forward two months later; watermelons are in high demand amid fears of a shortage.

“Six weeks ago, a lot of these guys down here, including myself were concerned about, with the pandemic, just getting their money back,” said Greg Leger, a grower and shipper in Florida and Georgia. “Everybody was like, ‘If we can just get our money back.’ Everybody was scared to death because we didn’t know if there was going to be movement and consumption.

“(But) I had a friend tell me he was in a store up in Atlanta and people were social distancing waiting to get to the watermelon bin. Everybody in there was putting a watermelon in their buggy, which is good. It is a value and always has been. That’s promising to me, especially for Georgia and the Southeast for the fourth of July. I just hope that as long as consumption stays up and movement stays good, it should be a good season for us.”

First Signs of Lack of Fruit in Florida

Carr Hussey, a watermelon farmer in Florida and Alabama and chairman of the board of the Florida Watermelon Association, addressed the possibility of a watermelon shortage on May 12. He said the reason Florida is running out of melons is due to three straight weekends of rain events. Heavy rains on mature vines led to a quick harvest season.

South Georgia watermelons are poised to be ready between June 10-15. If there continues to be a shortage of melons, prices should remain strong for farmers in Georgia and Alabama. Currently, they’re around 22 cents per pound.

“Pricing is good. The reason pricing is so strong is that availability is shorter than normal,” Liger said. “I think we’re going to be a week earlier than we’ve been in the past couple of years. Two years ago, we didn’t even start til, we only had like 2 ½ weeks to get the crop off before the holiday. This year I think if things stay like they are now, we’re going to get started around the 15th with decent volume. I hope we do anyway.”