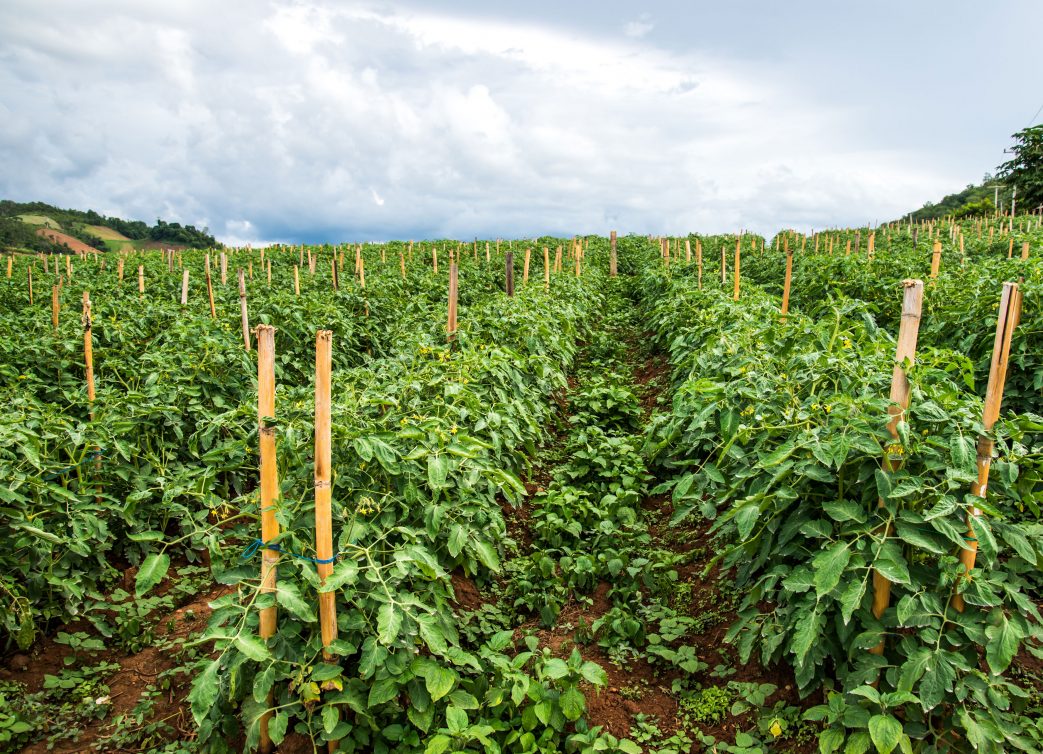 Tallahassee, FL (FDACS-Oct. 9, 2019) — The Florida Department of Agriculture and Consumer Services (FDACS) is issuing an alert regarding a virus found in Mexican tomatoes imported into Florida and potentially other U.S. states. ToBRFV, the tomato brown rugose fruit virus, is a highly virulent virus that can cause severe fruit loss in tomatoes and peppers. Imported tomatoes potentially carrying ToBRFV pose a risk to the state’s fresh-market tomato supply.

The ToBRFV tobamovirus was recently intercepted by FDACS inspectors in packaged Mexican tomatoes in Naples, Florida and Gainesville, Florida. These tomatoes have been destroyed.

Symptoms: Tomatoes and peppers are the two major hosts for this virus, which causes yellowing of leaf veins, and yellow spots, brown rugose (wrinkled) patches, and necrotic (dead) lesions on tomato fruit. Symptoms in fruit develop within 12 to 18 days of infection.

Transmission: The ToBRFV virus can be easily transmitted by contaminated tools, hands, clothing, soil, and directly plant-to-plant, as the virus as highly stable. The virus may also be spread by pollinators like honeybees and bumblebees, which commonly pollinate tomatoes. The genetic resistance in tomatoes that protects against many tobamoviruses is not effective against ToBRFV.

Impacts: There are no known human health impacts from ToBRFV. However, the virus can cause 30-70% loss of tomato yield on plants, which may severely disrupt the domestic tomato industry. The virus may also make infected fruit less desirable to consumers, a concern for grocery retailers.

Prevention: Once the ToBRFV virus is introduced in an area, control measures are very limited. Prevention mainly relies on destroying infected plants and following strict decontamination measures for workers, such as sanitizing tools, frequent handwashing, and cleaning boots before entering greenhouses.

For Consumers: Tomatoes showing symptoms of ToBRFV infection are still safe for human consumption, but may appear less attractive than other tomatoes. The virus does not impact human health. Consumers are encouraged to select foods bearing the “Fresh From Florida” logo, which have been grown in Florida, not imported.

For Retailers: Grocers and retailers who suspect tomatoes in their inventories with ToBRFV infection should report the products to the Division of Plant Industry Helpline at 1-888-397-1517 or DPIHelpline@FDACS.gov.

“For the past six months, our inspectors have been watching vigilantly for the ToBRFV virus, and are moving swiftly to prevent its introduction in our state,” said Agriculture Commissioner Nicole “Nikki” Fried. “Mexican-grown tomatoes carrying the ToBRFV virus are a serious threat to Florida, the nation’s leading producer of tomatoes and a $262 million industry in our state. We need the USDA to step up, initiate tracebacks to Mexican producers, and fulfill its responsibility to protect American growers and consumers.”

“These inspections were initiated after Division of Plant Industry virologists and plant pathologists conducted a risk analysis of ToBRFV. This was in response to concerns from Florida’s tomato industry, and is an example of our scientists and inspectors working together with growers to track significant agricultural diseases from around the world, and prevent their introduction to Florida,” said Dr. Trevor Smith, Director of the Division of Plant Industry.

“Florida is at high risk for the introduction of harmful invasive plant pests and diseases such as the brown rugose fruit virus found on tomatoes imported from Mexico. The spread of this virus would cause serious economic losses for Florida’s tomato producers, so we appreciate the vigilance of the Florida Department of Agriculture and Consumer Services in detecting it,” said Mike Joyner, President of the Florida Fruit & Vegetable Association. “We also encourage consumers to support Florida farmers by buying produce labeled with the Fresh From Florida logo.”

A presentation about the threat of ToBRFV was featured at the 2019 Vegetable & Specialty Crop Expo. Learn more about that presentation here.