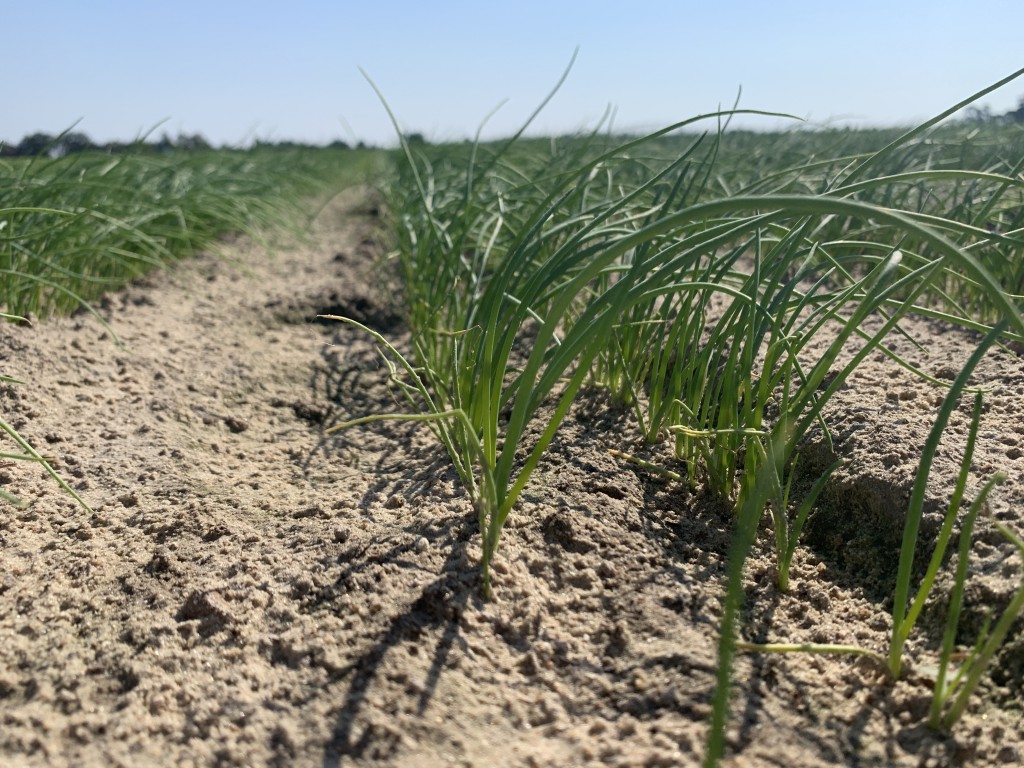 What a difference a year makes for Georgia’s Vidalia onion producers. Last year’s weather conditions consisted of hot temperatures when growers were planting their seedbeds. That’s not been the case this year, however.

“It’s been a real quiet year. Everything’s been going very well. This time last year we were dealing with really hot temperatures, some extreme. We think the plants have suffered some, but we’ve had really great conditions this year,” said Chris Tyson, University of Georgia Cooperative Extension Area Onion Agent at the Vidalia Onion and Vegetable Research Center in Lyons, Georgia.

“Until (last Thursday) when we had some rain from the hurricane (Zeta) that came through; we actually got over an inch of rain in some places which was actually much needed; but we haven’t had a lot of rain to promote disease in the last several weeks.

“We haven’t had much rain. We’ve had mild temperatures, everything has been going really good.”

Tyson said all of the seedbeds have been planted. Some were planted as early as the first week in September, and it continued all the way to the end of September. The first seeds that were planted are likely to be transplanted this week on a limited scale. However, during the second or third week in November, transplantings will pick up and continue in December.

Vidalia onion seeds are planted in a separate field from where they’ll be transplanted. Tyson said growers want the diameter of the plants to be as big around as a pencil. When they get to that size, farmers will pull them out of the ground off the seedbed and transplant them into the fields.

They grow seedbeds at a high population density with about two million seeds per acre. They’ll transplant between 85,000 and 100,000 plants per acre. An acre of seedlings leads to between 18 and 20 acres of transplanted fields. Vidalia onion producers utilize this planting strategy to protect against weed pressure.

“That’s expensive. That’s the biggest obstacle to just planting the seed in the field one time and being done with it is weed control. The costs and the labor to grow them that way, it’s a lot more intensive.”