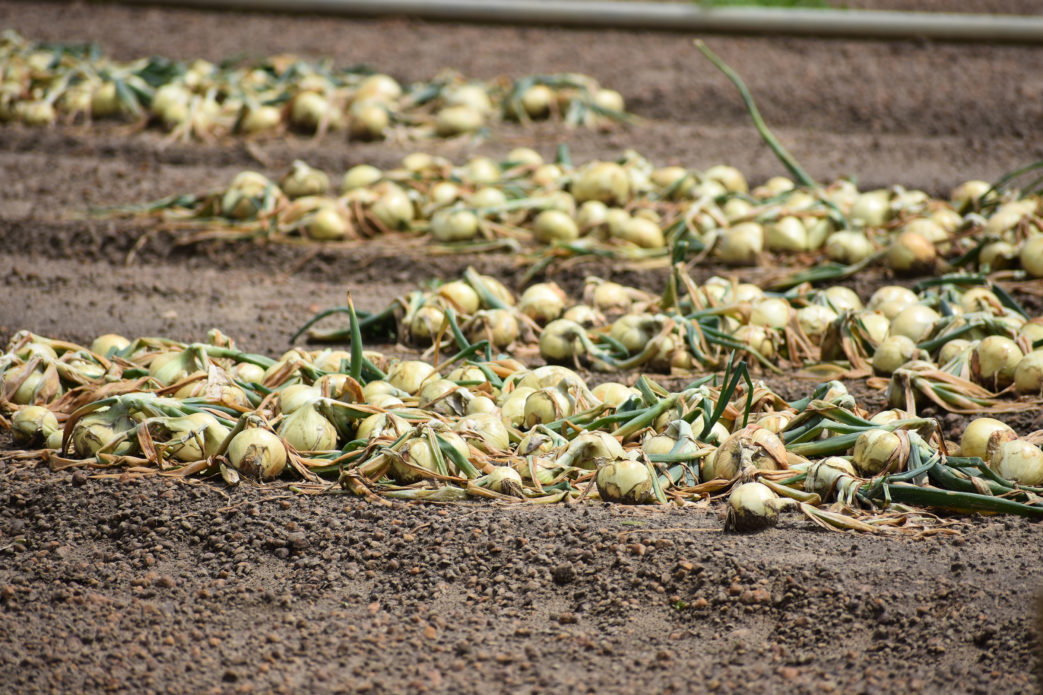 Hot and dry weather in Southeast Georgia are ideal conditions for Vidalia onion harvests. Chris Tyson, University of Georgia Extension area onion agent at the Vidalia Onion Vegetable Research Center in Lyons, Georgia, discusses the impact the current conditions are having on onion harvests in the area.

“It’s bad for somebody trying to plant but it’s good for onion harvests. When it’s dry, we can just keep rolling, don’t have to slow down much, and we don’t have near as much disease pressure when it’s dry,” Tyson said.

Dry weather has worsened in the southern region of Georgia. Drought conditions are moderate in Southeast Georgia where Vidalia onion production is concentrated, according to Thursday’s release of the U.S. Drought Monitor.

“It’s pretty dry over here, really dry. There was a (rain) front that came through and a few places got a little bit of rain around, but a lot of us didn’t get any at all. It’s pretty dry,” Tyson said. “At the beginning of April, we had several rain events come through and that always concerns us at harvest. We’ve gotten some rain along, but it’s just turned off the last couple of weeks.”

Vidalia onion harvests are winding down across the region and should end in early-to-mid May.

“We’re over the hump now and can see the end. I think probably by the second week of May, most of the crop should be wrapped up. It should be clipped and out of the field by then as long as we don’t have any rain that slows us down,” Tyson said. “A lot of the late-maturing onion varieties are being dug and they may be clipped a few days after being dug. That puts us the second week of May, hopefully, wrapping things up.”