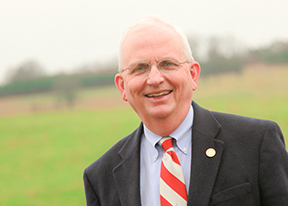 One commodity that’s been at the center of unfair trade disputes by producers in Georgia and Florida was at the forefront of the federal agencies’ plan of action issued this week.

Georgia Ag Commissioner Gary Black was pleased to see the Office of the United States Trade Representative (USTR) requesting the International Trade Commission to initiate a Section 201 global safeguard investigation into the extent to which increased imports of blueberries have caused serious injury to domestic blueberry growers.

“I was really encouraged by singling out some action on behalf of blueberry. We’ve had some real pressure from Mexico on blueberry. I think the awareness of that is shown through this plan, and I think policing and enforcing and guarding against illegal trade practices, particularly on blueberry, I think is a win for us,” Black said.

In a prior VSCNews story, Florida blueberry farmer Ryan Atwood believed Mexican imports this year contributed to a price drop for Southeast producers. The market dropped almost overnight, he said.

“I think it went from about $5.50 a pound, which is a really great price to you couldn’t hardly move the fruit; you would be lucky to sell it at all, like within two days,” said Atwood in late April.

A Section 201 investigation is part of the Trade Act of 1974. It allows the International Trade Commission to investigate where domestic producers have been harmed by imports. They have to be seriously injured, meaning that level of injury to their marketing opportunities. Typically, it must be completed within 120 days after filing.

Click here to read the full transcript of the virtual hearing held on August 13, 2020.

Click here to read the full transcript of the virtual hearing held on August 20, 2020.

To view all submitted comments to the public docket, click here.