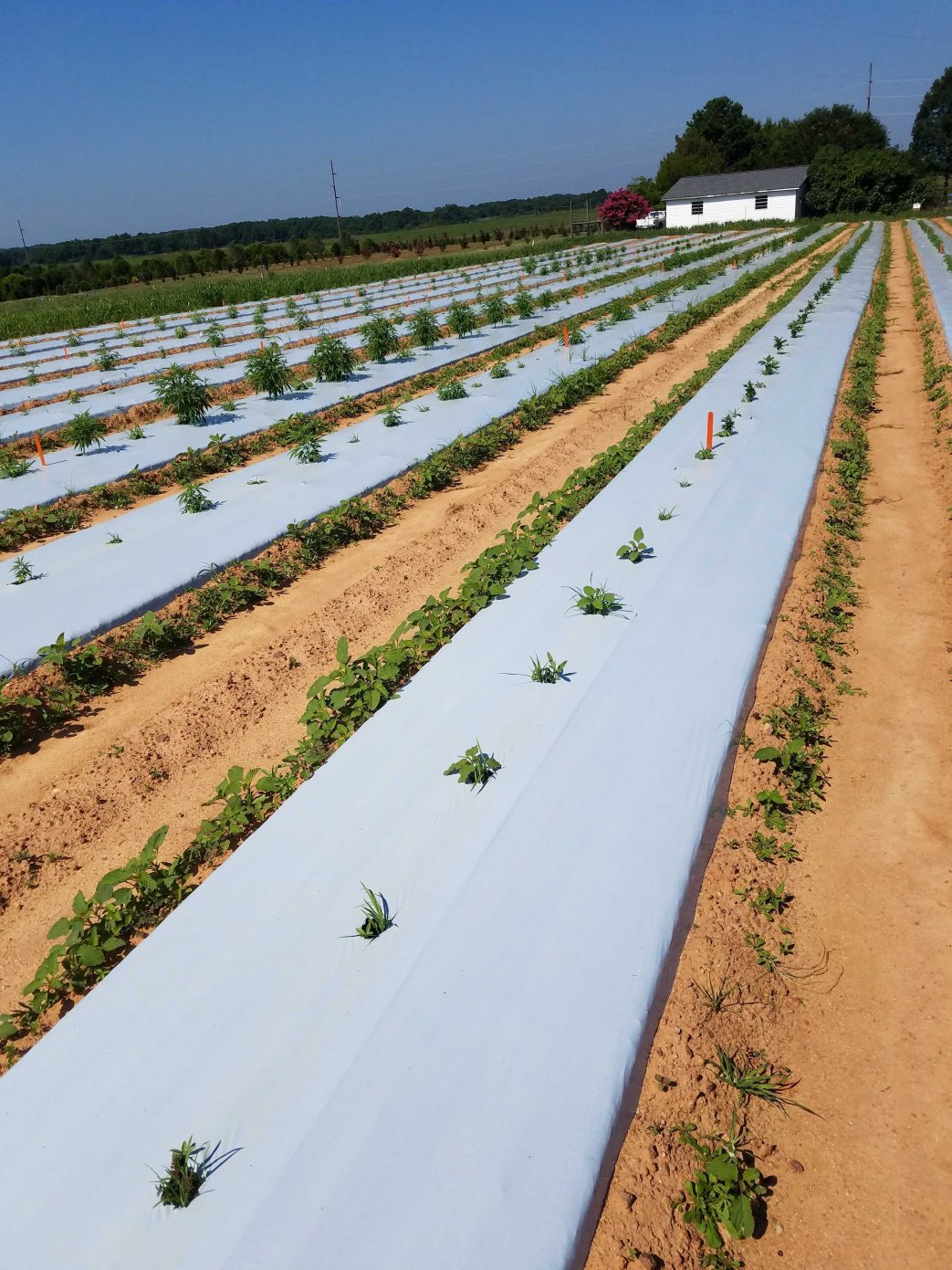 Georgia farmers can begin growing industrial hemp this year. Many Georgia growers are enthusiastic about the new opportunity. But most varieties have not been selected for Georgia’s climate. There is little information about which ones will do well.

University of Georgia scientists are hoping their research will help hemp producers profit for many years to come. UGA scientist Jason Wallace and student Matthew Johnson are studying the genetics of different varieties. They hope to improve them to better adapt to the Southeast region.

“The first step is finding something that actually works [in Georgia] and survives,” says Wallace, a member of UGA’s Department of Crop and Soil Sciences. “Once we have that, the next goal is to ask, ‘How do we make this better? What do we want to change to make it more profitable, less likely to go over the legal limits [of THC], and require fewer inputs?’”

UGA grew a collection of 60 hemp varieties in several locations around the state last year. They scored how well each did to identify the best varieties and began breeding trials to produce even better ones.

Johnson, a graduate student in UGA’s Institute of Plant Breeding, Genetics, and Genomics, believes many of hemp’s traits need to be improved if it is to be adapted to growing conditions in the Southeast.

“During these past 100 years when this crop’s been pushed off for legal reasons, the most advanced work that has ever happened in plant genetics and in fruit cultivar development happened,” Johnson said. “Corn has gone from maybe 20 to 30 bushels an acre to yields of 200 to 300 bushels per acre.  Hemp has had no improvement [for large-scale production]…. You need to make it a plant that can be harvested with a machine and stay within legal limits…. Those are more long-term goals and do need to be approached from the genetics research.”

Wallace is confident that hemp research can be accelerated with the technology he and Johnson have access to.

“With the technology we have now, you can develop tools in just 2 or 3 years that took corn or wheat 30 or 40 just because the technology has come so far, so fast,” he said.

Hemp research is still a challenge since the crop has been illegal for decades. With limited prior studies in genetics, Johnson has had to develop and validate a lot of the foundational data on his own.

“There aren’t a lot of well-known protocols,” he says. “If I want to know how to do something in corn, I can call up 100 different researchers and they can tell me how to do [it]. If I want to know how to cross two hemp plants together, I have to figure that out. Not much is set up. I’ve had to figure out how to make my plants produce pollen, how to cross them, how to control them. I’ve (also) had to figure out what nutrients to use.”

Despite those challenges, Johnson is excited about the crop’s potential.

“To be honest, this [industrial hemp] is what got me interested in agriculture genetics in the first place. I’ve been studying this crop for 10 years, since I was in high school. To be in this position and to be able to do this research is a dream come true.”

Although industrial hemp is the same species as marijuana, it lacks the high concentrations of a chemical–tetrahydrocannabinol, or THC–required to give people a high.