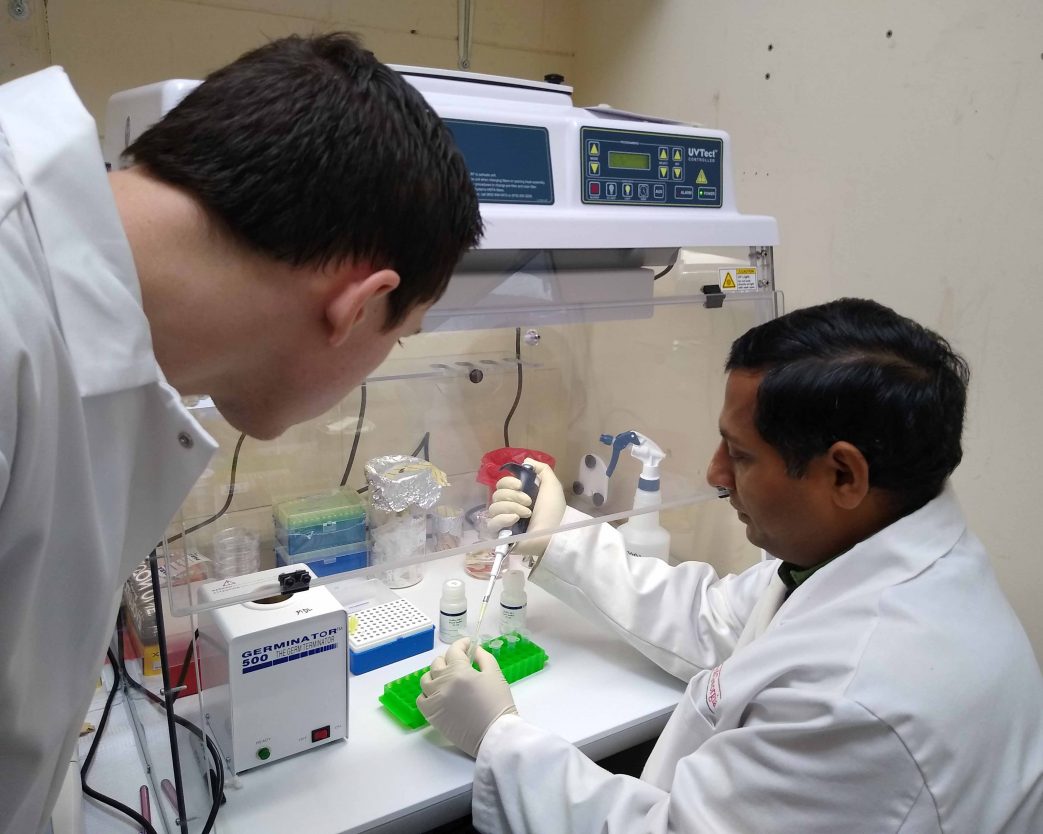 University of Georgia scientists have developed a rapid test to determine the presence of fusarium wilt in watermelons.

This test produces much faster and more efficient results and will facilitate research for breeders who are researching new varieties. They can produce options that have resistance to the disease.

Emran Ali, head of the Plant Molecular Diagnostic Laboratory at the University of Georgia Tifton campus, said in the UGA CAES Newswire that the process takes about three hours to diagnose races, which is a major upgrade since traditional bioassays can take more than a month.

“At the microscopic level, you can diagnose Fusarium, but you can’t differentiate the races,” said Ali in the UGA CAES Newswire. “Traditional bioassay methods have been used for this, but it takes weeks to grow watermelon plants and evaluate the disease, and watermelon cultivars used for the bioassay can be difficult to source. This method is not only inefficient, it is also sometimes inaccurate.”

Georgia is a consistent national leader in watermelon production. The crop’s farm gate value was $180 million in 2019. If farmers know the specific race of fusarium wilt that’s in their field, they can make the right management decisions. So far, four races of Fusarium oxysporum f. sp. niveum (FON) have been identified. Some commercial watermelon varieties are resistant to races zero and one, but not races two and three.

“Resistant watermelon varieties are effective against some races but not others,” said Ali in the UGA CAES Newswire. “If you quickly diagnose, growers can have more time in advance to know what’s going on in their fields. It’s good to know what’s going on. Watermelon varieties resistant to races zero and one are available, so you may grow resistant varieties to control disease caused by these races. Other races are more destructive and more difficult to control.”

The new molecular detection method allows differentiation of the different races of the pathogen.

Fusarium wilt symptoms can appear at any growth stage. If they appear at the seedling stage, the plants will not make it to vines. Plants infected with the fusarium wilt pathogen will eventually die if the infection is severe. The plant can produce fruit if the infection is weak, but when it begins using the energy necessary to produce fruit, the plant will likely decline and slowly die.