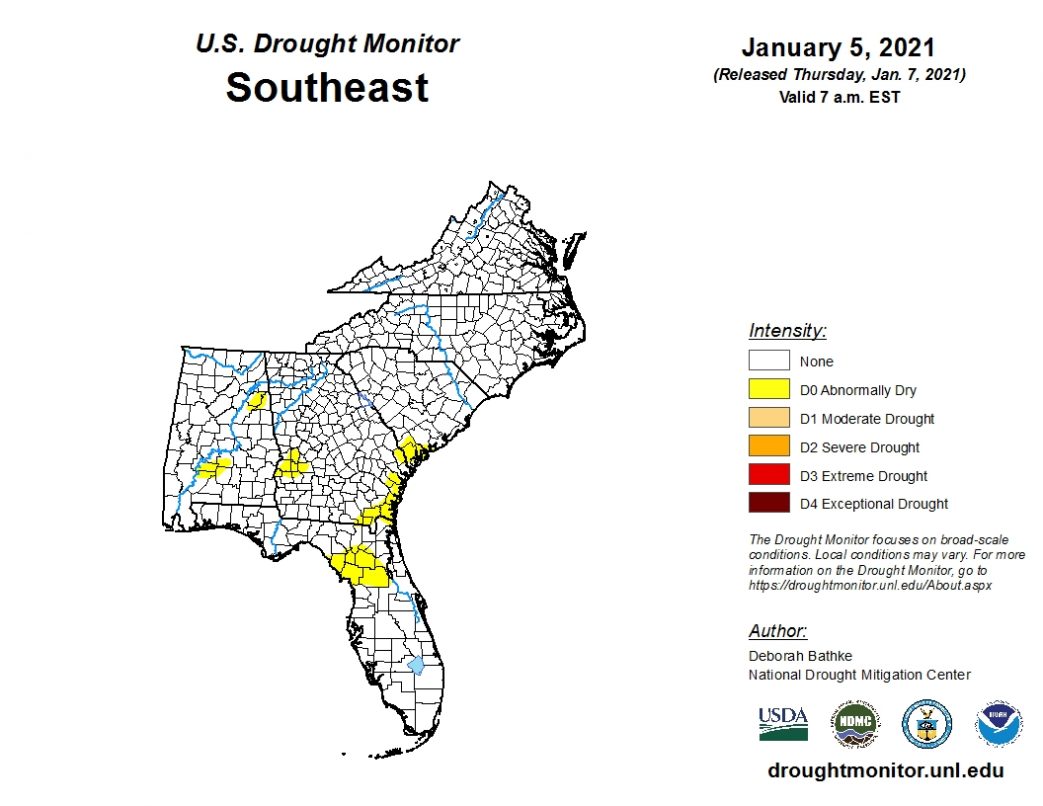 A La Nina weather pattern is usually characterized by warmer temperatures and drier conditions. So far this winter, however, it has been a lot cooler with more rain than originally predicted in the Southeast.

“It’s not unprecedented to have a La Nina like this, but it’s rare. The atmosphere acts like a bowl of jelly. There’s a lot of different things that are jiggling around. The one that’s most predictable is the La Nina vs. El Nino. But this year it turns out there’s a lot of other things that are going on that are changing that usual statistical pattern,” Knox said.

“There’s all this other stuff going on. What we’ve seen is a move south in the track of the storms. Usually in a La Nina year, they’re pretty far up to the north and we stay under high pressure. This year because of other things going on in the Arctic and other places, that storm track has been pushed to the south. We’ve seen a lot more rain. We’ve seen cooler temperatures. It’s a little deceptive. We really haven’t been that cold, it’s just that we’re used to warm temperatures now. So, it feels cold.”

The rainfall is good news for vegetable and specialty crop producers in the Southeast. Winter is a time when the soil moisture gets recharged due to rainfall.