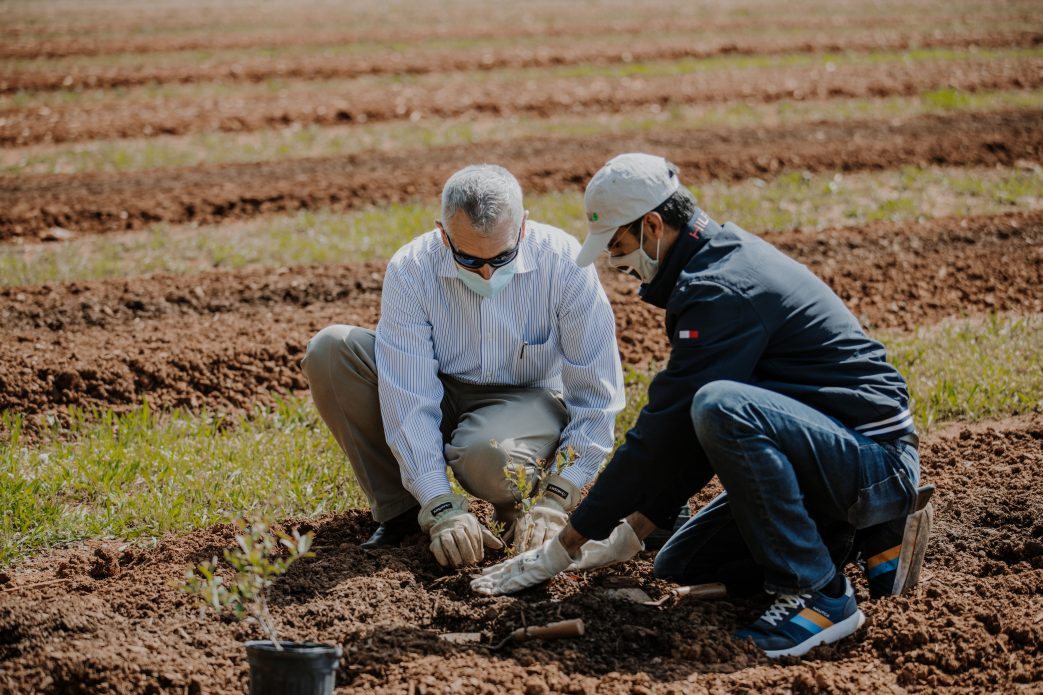 Research at the University of Georgia (UGA) College of Agricultural and Environmental Sciences (CAES) is devoted to helping blueberries continue to thrive as a “super food.”

“This is a huge step toward increasing our ability to provide robust, timely, science-based solutions to our blueberry growers,” said UGA blueberry entomologist Ashfaq Sial, who is based on the UGA Athens campus.

Georgia ranks among the top states in planted acreage. Its blueberry crop brings more than $220 million annually to the state’s economy.

This new orchard contains 1,000 new bushes of five rabbiteye cultivars that were selected based on recommendations by UGA blueberry breeder Scott Nesmith. These varieties have characteristics that make them more suitable to the Piedmont region of the state and include the cultivars ‘Alapaha’, ‘Brightwell’, ‘Ochlockonee’, ‘Krewer’ and ‘Titan’.

Historically, all of UGA’s blueberry research has occurred in southeast Georgia, where most of the state’s blueberries are grown. However, blueberry production has expanded into other parts of the state over the past decade, with various varieties faring better in more northern climates.

“This new orchard will allow graduate students to conduct more in-depth studies without having to travel several hours away from campus while they are taking classes in Athens,” explained Sial. “Furthermore, having a research orchard at the Hort Farm will help us conduct experiments that require more manipulation of the plants without regard to the economic loss of the crop.”

You can learn more about blueberries by visiting the UGA Blueberry Blog at caes.uga.edu/blueberry.