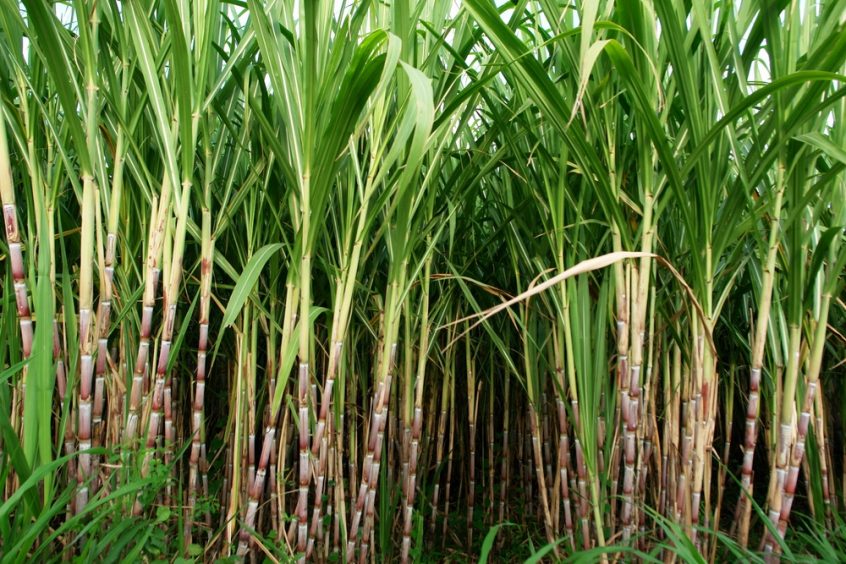 From UF/IFAS Communications
Researchers with the University of Florida Institute of Food and Agricultural Sciences (UF/IFAS) are working to find a cure or develop resistant varieties for a virus that is attacking sugarcane and sorghum throughout the Everglades agricultural region. Florida produces more than 50 percent of all sugarcane in the United States, making it the largest producer in the nation.

The sugarcane yellow leaf virus was first identified in Hawaii during the 1980s. The virus was found in Florida in 1993, said Philippe Rott, a professor of plant pathology at the UF/IFAS Everglades Research and Education Center in Belle Glade, Florida. Symptoms include a yellow stripe down the middle of sugarcane leaves, he said.

“The virus travels down the vascular bundle of the plant and interferes with the movement of nutrients,” Rott said. “This, in turn, stunts the growth of the plant.”

The virus is carried by an aphid, a tiny bug that feeds by sucking sap from plants, said Gregg Nuessly, director of UF/IFAS Everglades REC and a professor of entomology. Nuessly’s and Rott’s research has identified the carrier of the virus, and trials are in progress to see if insecticides are effective at killing the aphid.

While the virus infects sugarcane and very recently also sorghum, researchers are not sure if the same aphid is attacking both plant species, Nuessly said. “We may have to deal with the same or two different populations of the aphid,” he said.

As the virus is now attacking sorghum, if it continues its march across the state(s), it could infect millions of plants in the sugarcane/sorghum belt from Florida to Texas, Rott said. The sugarcane yellow leaf virus has already infected sugarcane in Florida, Louisiana, Hawaii, Texas and in numerous sugarcane producing countries around the world. The virus is blamed for a loss of 25 percent of sugarcane yields in Brazil, and a 10 percent drop in yields in Florida. The impact of the virus on sorghum remains to be determined.

“We will not be able to eradicate the virus before it spreads to other states growing sorghum, because the virus is also present in weed sorghum and it is easily spread by the aphids,” Rott said. “But our ultimate goal is to develop resistant varieties that cannot be infected or can at least tolerate the virus.”