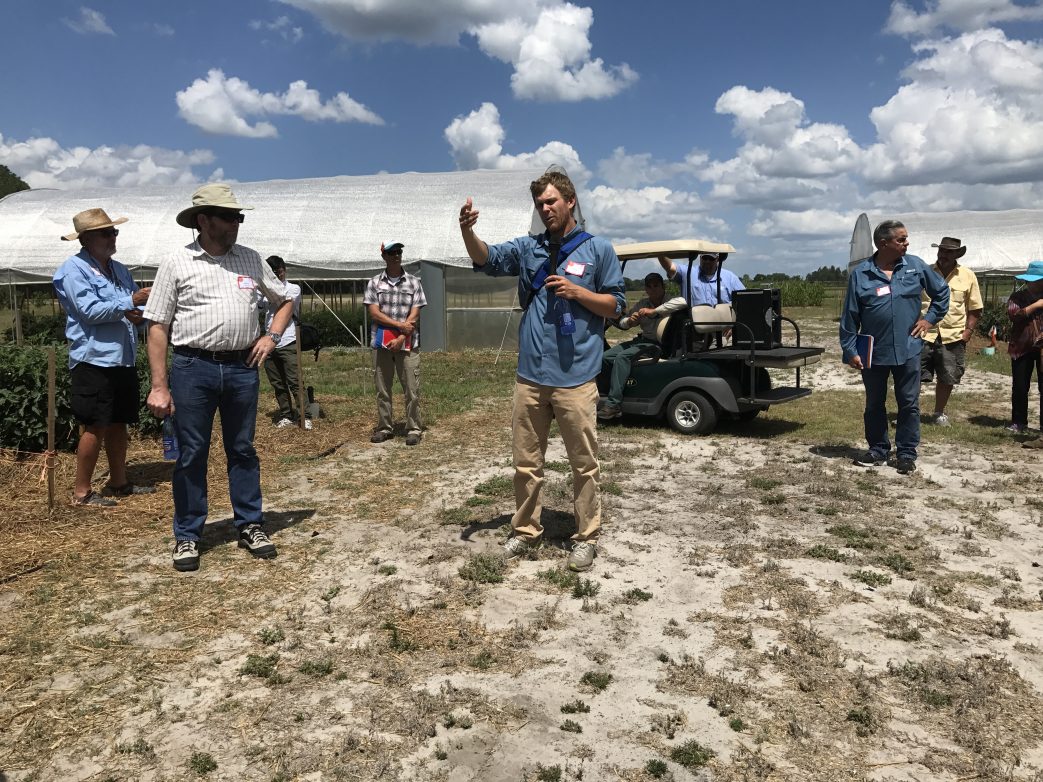 There are many benefits to organic production, but it also has its challenges. Perhaps the biggest area of concern for organic growers is how to combat pests without using pesticides. Craig Frey, a doctorate student at the University of Florida (UF), recently presented findings from research, which he completed with Xin Zhao of UF.  The main purpose of their research was comparing high-tunnel production versus field production with organic tomatoes. However, Frey did experience pest pressure, forcing him to try organic pest management practices.

Frey says he saw mostly stink bugs in his production systems.  As of right now, there is no definite strategy to resist the stink bugs. However, Frey says trap-cropping seemed to work well enough. He read about some research being done in north Florida about using sorghum and sunflowers as trap crops, so he decided to try that in his studies to see how it affects his system.

Many growers use buckwheat as a trap crop in their organic production systems. Frey says he used buckwheat in last year’s research, and it worked, but he wanted to try something different in this round of research. Frey reports that the sunflowers and sorghum worked well and he plans to stick with those trap crops as he goes further in his research.