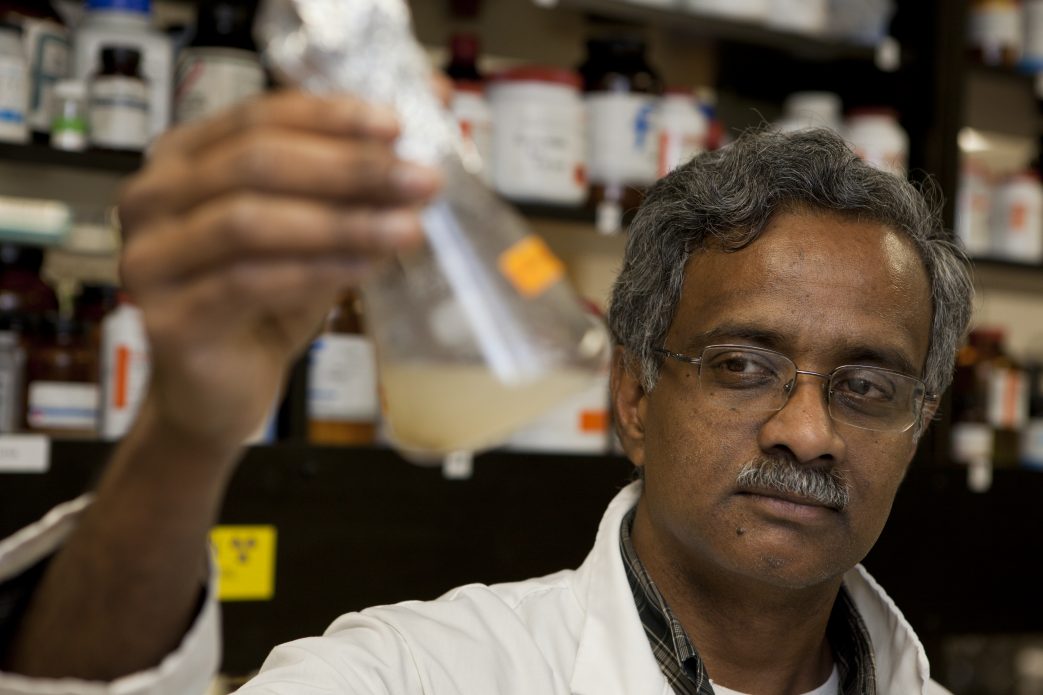 Rice, the most widely consumed food crop in the world, takes a beating in hot weather. To combat the high temperatures, a global group of scientists, led by a University of Florida researcher, has found the genetic basis to breed a more heat-tolerant rice cultivar. “The productivity of rice, one of the three major cereal grains feeding the world, is often affected by temperature extremes, especially higher-than-optimal temperatures,” said Bala Rathinasabapathi, a professor of horticultural sciences at the UF Institute of Food and Agricultural Sciences.

Temperatures above 32 degrees Celsius, or just under 90 degrees Fahrenheit, can damage rice, according to multiple studies performed in rice-growing regions of the world.

Nearly 90 percent of the world’s rice is produced and consumed in Asia, according to the Food and Agriculture Organization of the United Nations. In the U.S., rice grows mainly in Arkansas, California, Louisiana, Missouri and Texas. Some rice also grows in Florida.

Rathinasabapathi led a recent study in which researchers discovered DNA markers associated with heat tolerance that may lead to a more heat-tolerant rice variety. He explained the use of DNA markers like this: Just as police can identify people by their fingerprints, scientists identify genes they’re interested in by DNA variations that are closely associated with the genes.

That’s the process scientists used in the new study. They studied a population of rice plants derived by crossing a variety from India called ‘Nagina 22’ with another line called ‘IR64,’ a variety developed by the Philippines-based International Rice Research Institute, using conventional breeding methods.

‘Nagina 22’ grows better and thus produces more rice than other varieties, even under extreme heat, Rathinasabapathi said. But the quality of the rice is not as high as some varieties, including ‘IR64,’ he said.

A future research goal would be to use the DNA markers generated in this study to select for ‘Nagina 22’ candidate genes for heat tolerance, combined with other traits from ‘IR64’ into one variety, he said.

Newton Kilasi, a former UF/IFAS doctoral student, Eduardo Vallejos, a UF/IFAS associate professor and Jugpreet Singh, a former UF/IFAS post-doctoral researcher – all in horticultural sciences — were among the scientists who helped Rathinasabapathi with the new study. The research is published in the journal Frontiers in Plant Science.