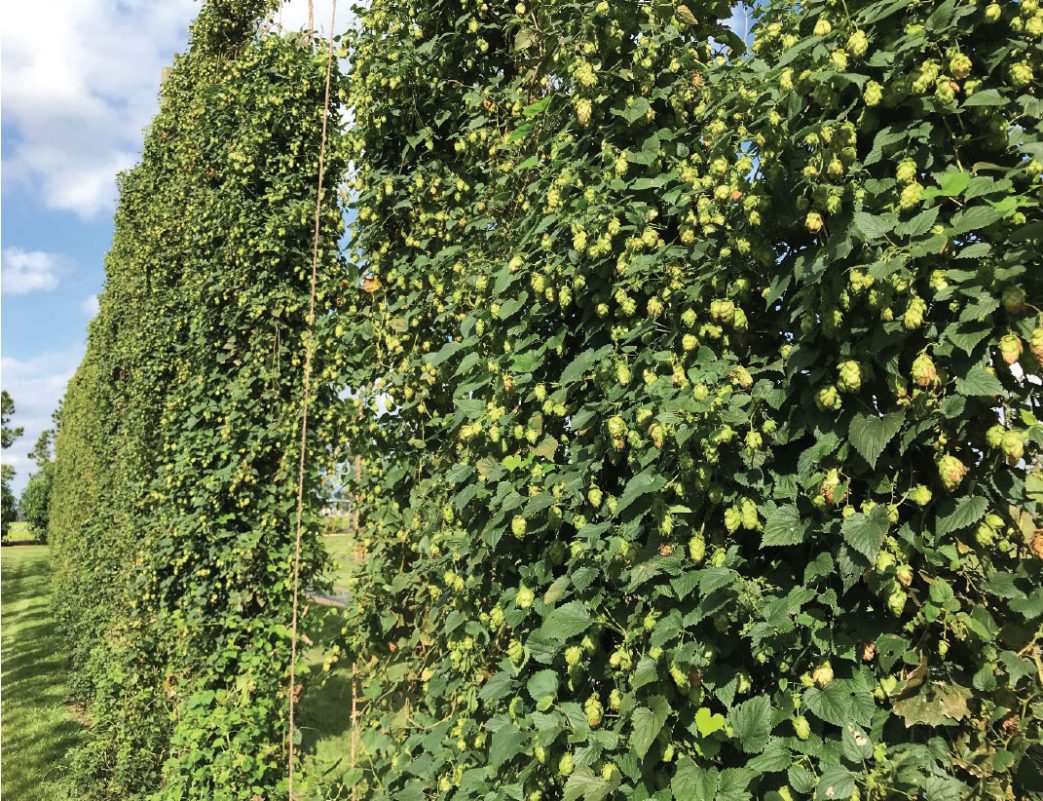 Potential hops producers in Florida can rest easy knowing diseases are minimal, if they start with clean material.

Gary Vallad, professor of plant pathology at the University of Florida Institute of Food and Agricultural Sciences (UF/IFAS) Gulf Coast Research and Education Center, discusses what findings his research has yielded so far in this up-and-coming commodity.

“The only times we’ve seen issues has been when material has been brought in from rhizomes, plant material that was infected. In that case, you really have to watch out for viruses, viroids, downy mildew and powdery mildew,” Vallad said. “These pathogens can be systemic within the plant. The powdery and downy on hops, at least the downy can be systemic and powdery can hide out in the buds. That can be very problematic. We’ve really encouraged growers, and so far, it seems like everybody is listening, make sure if they’re going to get material, make sure it’s tissue cultured and it’s been tested to ensure it’s not carrying any of these organisms.

“Ideally, it would be something that’s been tissue cultured here in the state. If they get it out of state, make sure it’s coming from a source that actually tests it.”

Growers should also be cautious about disease instances that occur following damage to the vines.

“The things that we have seen mostly have been due to just physical damage; some fusarium, a couple of bacterial infections that were just due to damage from wind and rain, pretty minimal (though). Typically, as the vines start growing upward and they grow quite rapidly, usually there’s enough air movement that keeps them fairly dry,” Vallad said. “We really have seen minimal issues there. Because the vines grow up so fast up the rope, what you typically get is when we get wind events, it twists lateral growth and that can create damage. Fusarium will come in and try to move in those vines. Usually if you have good wind breaks, (though), that pretty much solves that problem.”