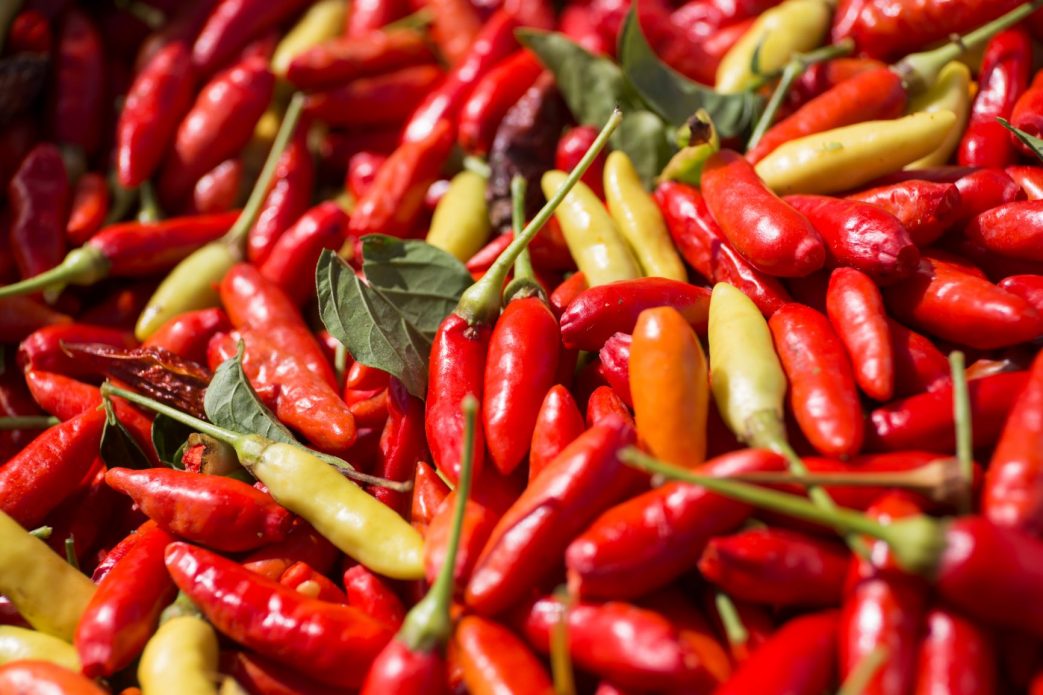 Bell peppers make for a delicious snack. Among additional choices, you can add them to sandwiches and pizzas, as they’re tasty and full of vitamin C, making them a popular vegetable.

As a $235 million-a-year business in Florida, bell peppers are also an important crop, especially in the southeast and southwest parts of the state. As of 2019, the amount of bell peppers harvested in the United States is equivalent to 38,300 acres, with Florida accounting for 31%, or 11,800 acres, according to the U.S. Department of Agriculture National Agricultural Statistics Service.

Florida farmers grow far more sweet bell peppers than the hot ones, said Bala Rathinasabapathi, a UF/IFAS professor of horticultural sciences. But, as a rule, farmers are not going to grow as many bell peppers if root-knot nematodes are prevalent in the soil around them. Nematodes are microscopic worms that damage the roots, weaken the plants and reduce the yield.

“The variety we developed, although a hot pepper, can be used as a rootstock for bell peppers by using grafting,” Rathinasabapathi said. “Root-knot nematodes do their damage in the plant’s root, and if one uses a rootstock that is resistant to the nematode, the plant will not be affected much by the nematode.”

Rathinasabapathi led a recently published study in the journal HortScience in which he and his colleagues found a type of UF/IFAS-bred chile, or specialty pepper, that shows resistance to the destructive root-knot nematode. Through greenhouse and laboratory tests at the main UF campus in Gainesville, Rathinasabapthi and his team screened a handful of bell pepper varieties.

They found that one advanced bell pepper variety, named ‘RJ107(6)A3C,’ was the most resistant to three species of the most common root-knot nematodes – southern, peanut and peach. UF/IFAS scientists developed this pepper variety by cross breeding a hot pepper line and a sweet pepper. Fruit from ‘RJ107(6)A3C’ line is hot and makes for delicious pickles, Rathinasabapathi said.

Florida vegetable production has three major soil production limitations. One is plant-parasitic nematodes, the others are weeds and soilborne fungi, he said. To manage these problems, farmers use soil fumigants (pesticides) to free the soil of these pests before they plant their crops.

“These fumigants, though effective against the root-knot nematodes and soil fungi, are much less so against weeds, are highly toxic and cumbersome to use,” Rathinasabapathi said. “Farmers need specialized equipment to apply them in soil. But if we use bell pepper varieties that are resistant to the root-knot nematodes, we can circumvent these parasitic worms, thereby improving pest management options for the farmer.”

Now that scientists found the genetic resistance, what’s next in their research?

“We would like to transfer the resistance gene into sweet bell pepper hybrids via conventional breeding,” Rathinasabapthi said.

Using grant funding from the U.S. Department of Agriculture and the Florida Department of Agriculture and Consumer Services, Rathinasabapathi conducted this study with Donald Dickson, a professor emeritus of entomology and nematology and Mary Ann Maquilan, a post-doctoral research associate in entomology and nematology – all with UF/IFAS. Another co-author is Dominick Padilla, an undergraduate student in horticultural science at the UF/IFAS College of Agricultural and Life Sciences.