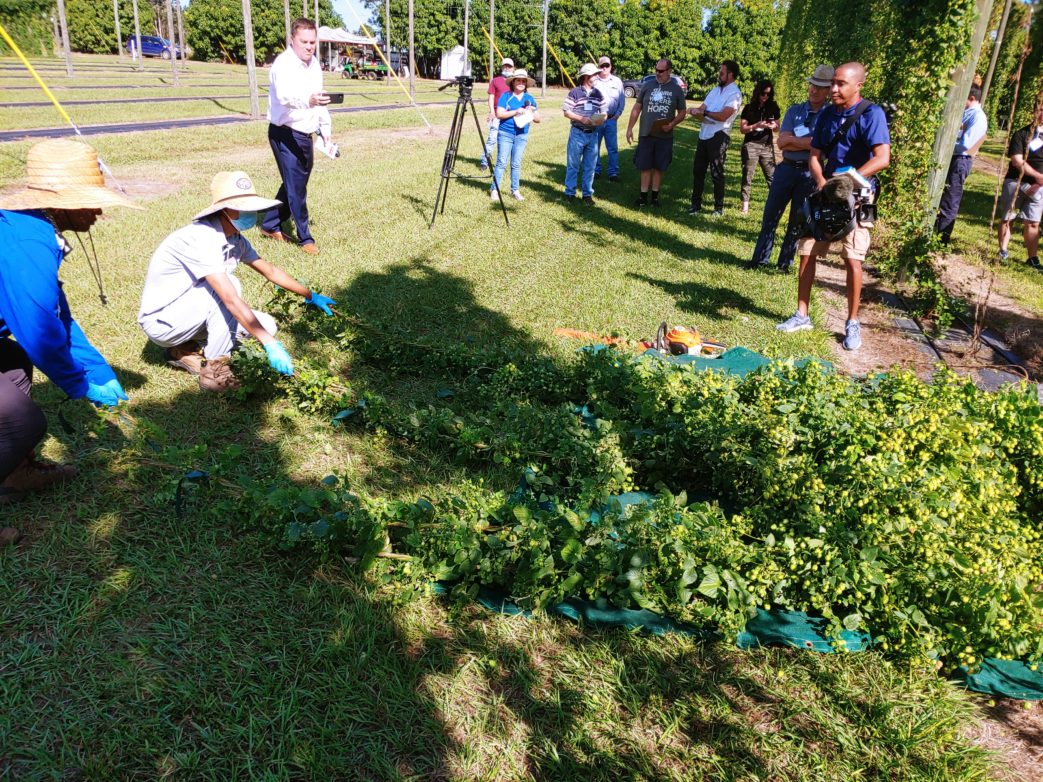 UF scientists showed the latest research results from their hops studies on Tuesday. Craft beer lovers want details about taste and aroma. UF/IFAS researchers see an increase in alpha acid in the hops they grow. That acid indicates bitterness.

“Brewers need to know the alpha acid content of hops to determine how much hops to use, according to the bitterness level they like to achieve,” said Shinsuke Agehara, an assistant professor of horticultural sciences. “Brewers also need to know the essential oil content and profile to create desirable aroma intensity and profile in the beer. Hop quality data are important for brewers to formulate a recipe, including how much hops to use, blending with other varieties of hops, boiling time and when to add hops during the brewing process.”

Zhanao Deng, a UF/IFAS professor of environmental horticulture, also tries to grow hops at the center. He tests 22 hops varieties and has identified new types of ‘Cascade’ that can produce larger, heavier cones with stronger aroma than common ‘Cascade,’ one of the hop varieties often used by brewers.

“The pale ale brewed with ‘Cascade’ hops harvested from our hopyard has unique flavors,” said Agehara. “Typically, ‘Cascade’ is known to have a classic citrus aroma, but the beer brewed with our ‘Cascade’ had notes of cantaloupe and honeydew with a hint of ripe citrus.”

“Craft beers are well-known for their diverse styles and flavors, which is also one of the main attributes that attracts consumers,” Deng said. “Brewers commonly use multiple hop varieties to create unique beer flavors.”