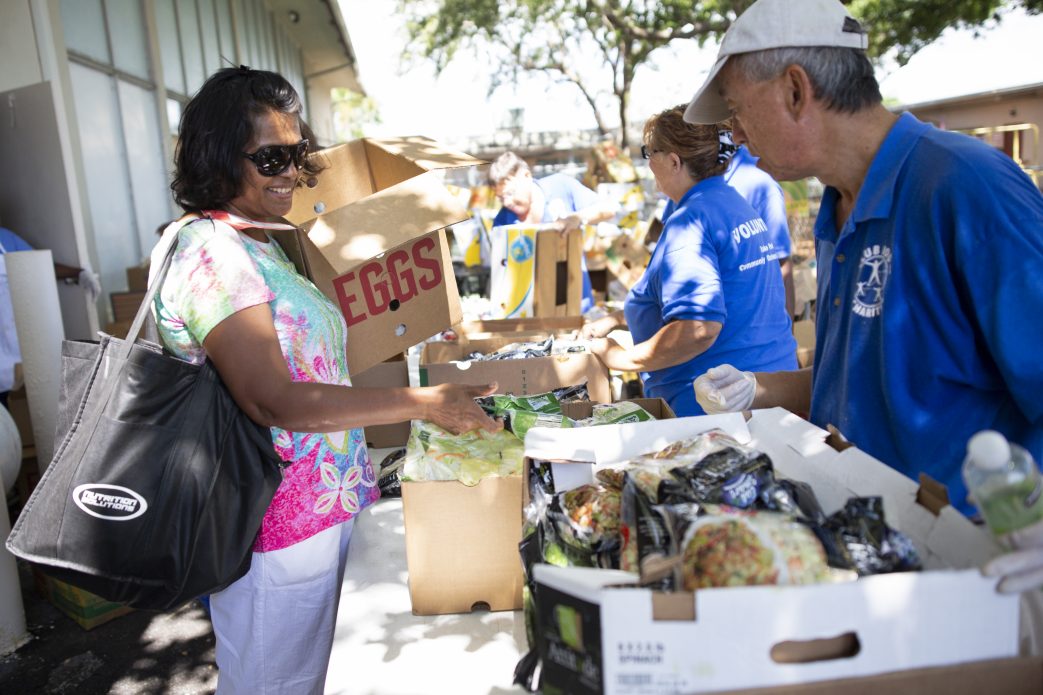 With the COVID-19 shutdowns increasing people’s need for food, some consumers rely on nonprofits for a bite to eat. To help, farmers in Florida and elsewhere are donating excess produce to food banks, said a UF/IFAS expert.

In fact, some food banks are helping farmers by offsetting some of their costs, thus incentivizing growers to harvest food they can’t sell, said Gene McAvoy, a UF/IFAS Extension agent emeritus.

“There is no shortage of food, but the majority of vegetables grown in Florida are targeted at the food service industry — hotels, restaurants, schools, cruise ships, etc.,” said McAvoy.

Food service represents 60% to 80% of normal demand for Florida-grown vegetables.

“When this source of customers dried up, growers were faced with a huge oversupply for the remaining retail demand,” said McAvoy. “With no market, it makes little business sense to harvest because that adds expenses like picking, packing and storing, on top of what farmers have already invested in the crop.

“Growers feel bad when the crops they have worked so hard to grow go to waste, and they’re interested in helping feed hungry Americans,” McAvoy added. “But they also need help to be able to do so.”

McAvoy, UF/IFAS Extension agent emeritus for Hendry County and a regional vegetable Extension specialist for Southwest Florida, said he has received multiple calls and emails from farmers wishing to donate and from food banks and facilities, who are looking for food.

He gives several examples of farms that are giving to food banks. Here are four:

“Farmers work hard to grow this food, putting in a lot of time, money and sweat equity, and nothing breaks their hearts more than to see their efforts go to waste,” McAvoy said. “Unfortunately, it costs money to pick, pack and transport produce for which there is currently no market. People can help in the recovery effort by donating to food banks so that they can finance efforts to recover this food before is spoils.”