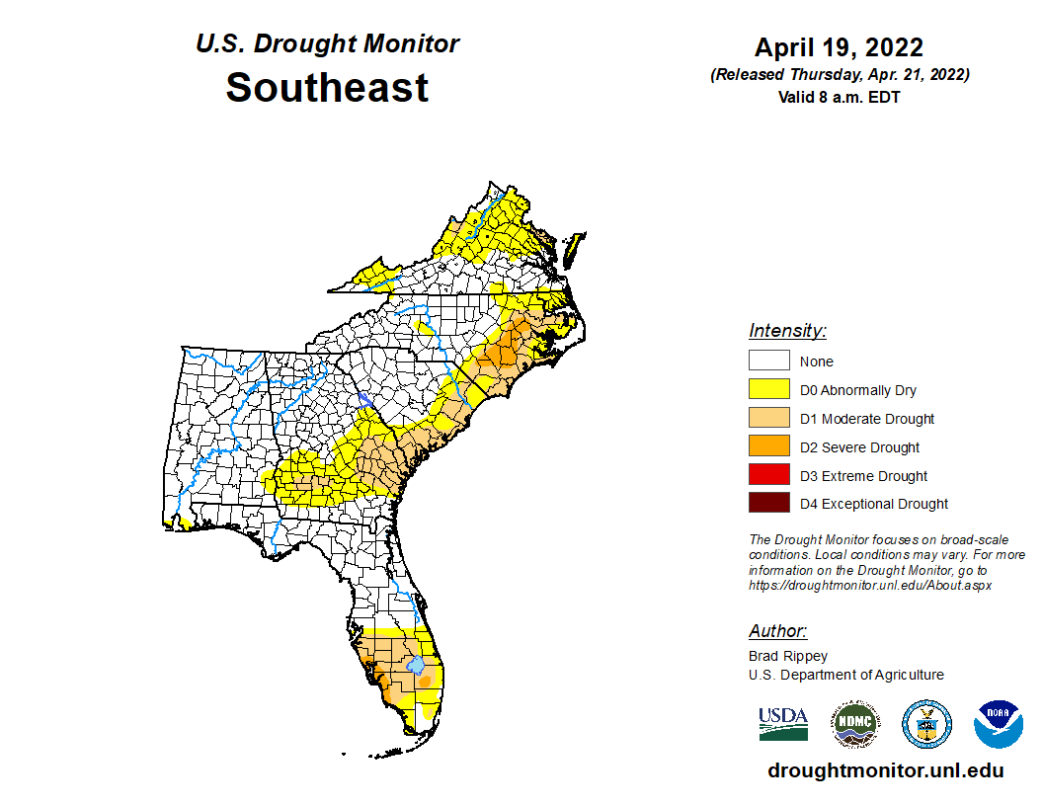 Rainfall has alleviated much of the drought in the Southeast. Dry conditions still persist in South Florida, while the bulk of drought in Georgia is isolated to the south-central and southeast regions of the state.

This is according to Thursday’s release of the U.S. Drought Monitor.

Florida’s dry conditions stretch to Monroe and Miami-Dade counties and as far north as Hillsborough, Polk, Osceola and Brevard counties. The worst conditions are along the southwest part of the state where a severe drought is observed in Collier, Lee, Charlotte and Sarasota counties.

Georgia’s worst drought conditions are being felt in the southeastern part of the state. The moderately dry conditions start as far south as McIntosh County, stretches as far north as Screven and Jenkins counties and as far west as Wheeler and Jefferson Davis counties.

A moderate drought still exists along the eastern region of South Carolina, especially in the southern counties like Jasper, Beaufort, Colleton and Charleston counties.

The eastern region of North Carolina is either moderately dry or severely dry. The worst conditions are observed in Sampson, Duplin, Wayne, Greene and Lenoir counties.