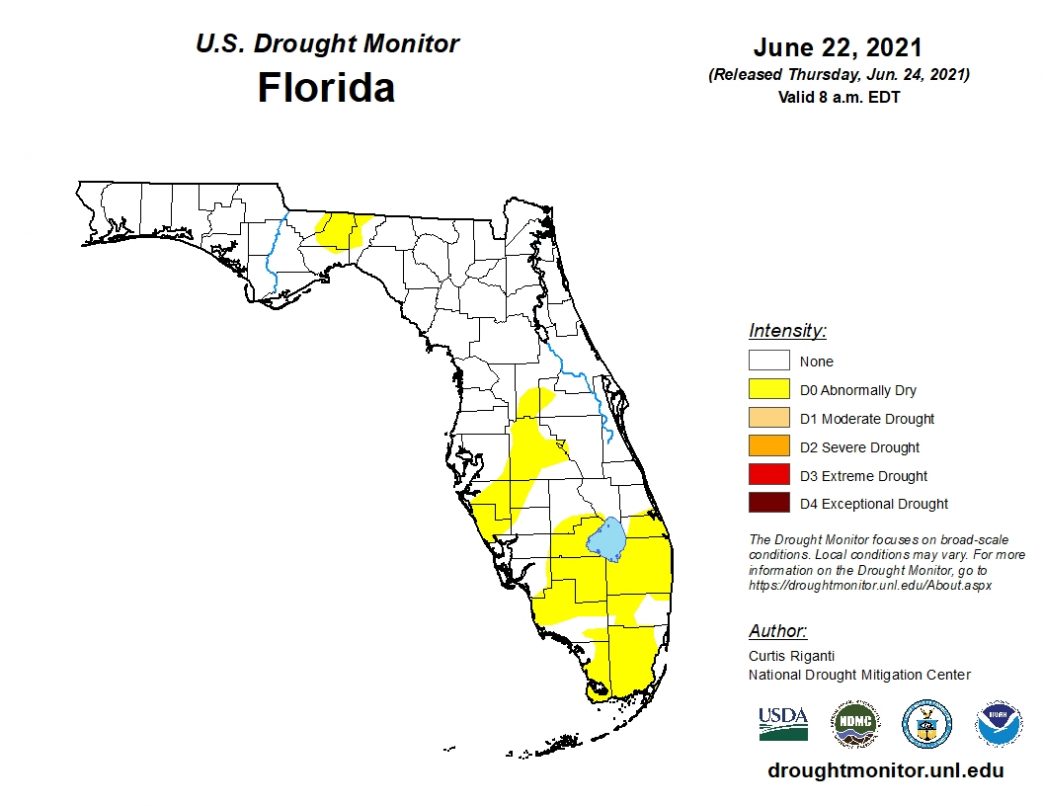 According to the Thursday’s release of the U.S. Drought Monitor, dry conditions are slowly diminishing in Florida, especially in the southern part of the state. While most counties, including Miami-Dade, Palm Beach, Hendry, Collier and Glades are still abnormally dry, none are in a moderate drought.

Other counties that are partially abnormally dry include Polk, Hardee, Manatee and Sarasota in Southwest Florida; and parts of Jefferson, Leon, Wakulla and Gasden in North Florida.

A significant portion of counties in South Georgia remain abnormally dry. These include as far west as Grady and Thomas counties and extend eastward to Lowndes, Lanier, Clinch and Ware and northward to Atkinson, Berrien and Cook.

Alabama continues to maintain adequate moisture. None of its counties are abnormally dry.

The northeast part of South Carolina continues to have abnormally dry conditions. Some counties, including Horry, Sumter, Lee, Florence, and a small portion of Darlington are in a moderate drought.

Most of central North Carolina remains in a moderate drought. These include as far west as Iredell, Alexander and Mecklenberg counties and as far east as Nash and Halifax counties. Counties along the South Carolina-North Carolina border, including Brunswick, Columbus and a small portion of Bladen are in a moderate drought; as is small portions of Rockingham, Caswell and Person counties.