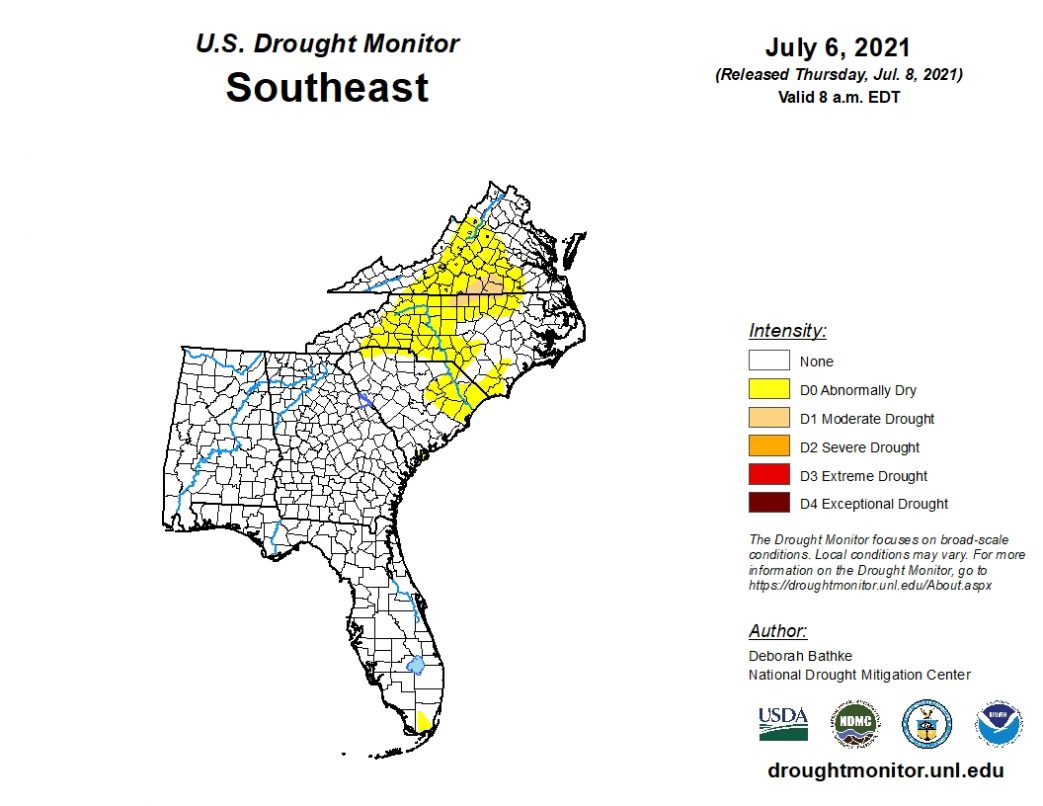 Thursday’s release of the U.S. Drought Monitor tells farmers something they already knew – it is wet across the Southeast region.

The U.S. Drought Monitor shows sufficient moisture in Alabama, Georgia and most of Florida. Only a portion of Miami-Dade County in Florida shows abnormally dry conditions.

“They’re not even showing any abnormally dry conditions in Georgia today. Everything’s been wiped out by the current, wet conditions. The cutoff for the drought monitor was Tuesday, so that doesn’t even include the rain we got from Tropical Storm Elsa. Although that was pretty much confined near the coast,” said Pam Knox, University of Georgia Extension Agricultural Climatologist.

“I noticed that Florida reduced quite a bit. The rain from Elsa did hit Florida during the time period that the Drought Monitor covered. So that really wiped out most of what was remaining of their dry conditions,” Knox said.

Alabama has had sufficient moisture since the beginning of June. Not since the June 1 release of the U.S. Drought Monitor has any part of the state experienced abnormally dry conditions. That was relegated to the northwest part of the state.