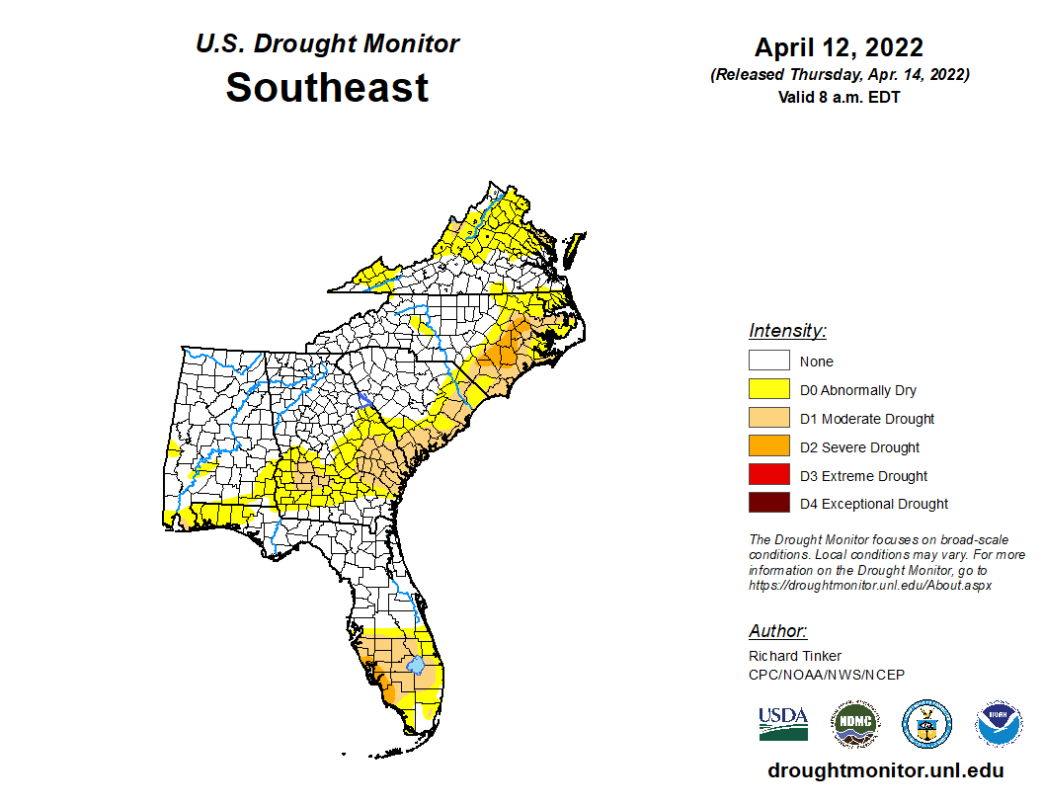 South Florida continues to experience various levels of dry conditions, according to Thursday’s release of the U.S. Drought Monitor. Severe drought conditions are observed along the southwestern part of the state, in Sarasota, Charlotte, Lee and Collier counties.

Moderate dry conditions are being felt in the south-central region, as far north as Hillsborough, Polk and Osceola counties and as far south as Collier and Broward counties. The western counties of the Florida Panhandle are abnormally dry.

Georgia’s dry conditions are isolated to the southern region and eastern areas of the state. A moderate drought is experienced in two regions. One is in southwest Georgia in Dougherty, Worth, Turner, Crisp, Lee, Terrell and Sumter counties.

The other is located in southeast Georgia as far south as McIntosh County and moving northward to Emanuel, Jenkins and Screven counties.

Recent rainfall has alleviated most of the dry conditions being felt in Alabama. Only the southern portion of Baldwin and Mobile counties remain abnormally dry, as well as counties in the southeastern part of the state, including Houston, Henry, Barbour and Dale counties.

The eastern region of South Carolina remains either abnormally dry or moderately dry. It starts in Jasper County and stretches as far north as Marlboro and Dillon counties and as far west as Aiken and Barnwell counties.

The drought conditions in North Carolina continue to be isolated to the eastern part of the state. They vary in severity, from abnormally dry to severely dry. The most severe conditions are felt in Bladen, Cumberland, Sampson, Duplin, Wayne, Lenoir, Greene, Wilson, Pitt and Edgecomb counties.