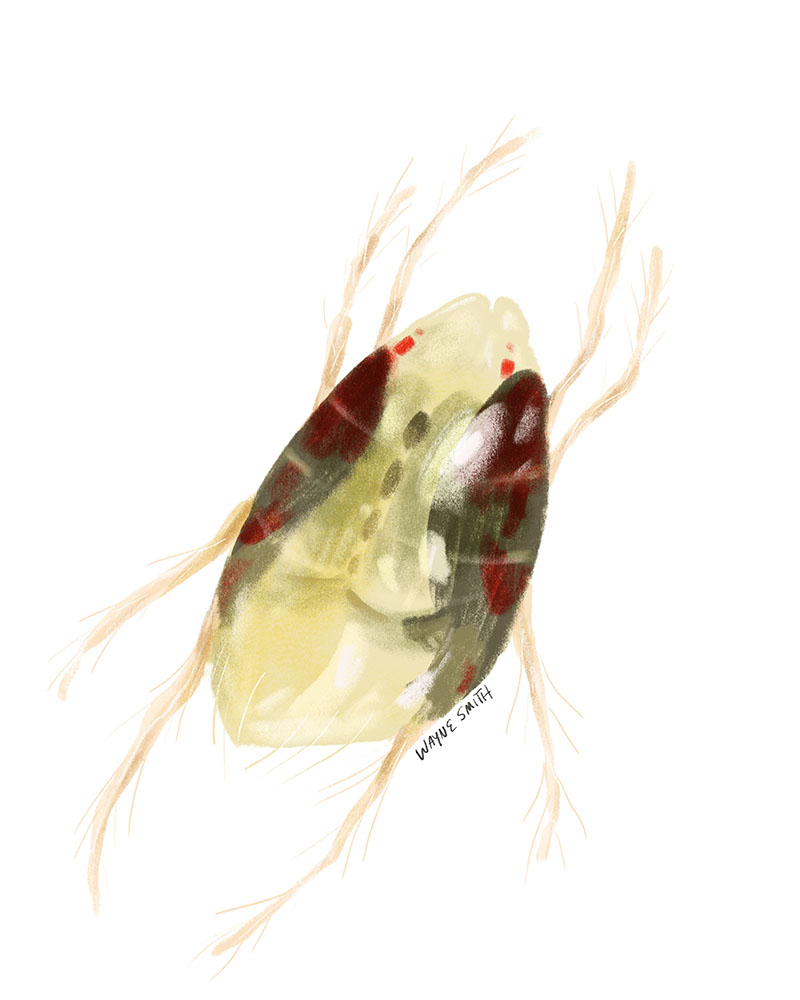 By Shane Curry and Jeff Cook

With fall planting upon us, the southeastern strawberry season is underway. In this part of the country, strawberry plants are set annually from September to November with fruit ripening from April to June. From the time the plants arrive on the farm in the fall through harvest time in spring, growers must thoroughly inspect plants. Diseases, insects and other factors can cause damage to the plants and fruit, which reduces yield and incurs unnecessary expenses for the grower.

Throughout the season, growers scout fields checking for diseases, insects and any other unusual damage on the plants. Most diseases and insects in strawberries cause damage that is easily recognizable. Leaf spots, large holes in leaves, or dead plants are easy to find and can alert a scout to a problem.

However, one of the more serious pests that affect strawberries in the South is not so recognizable at low levels, but populations can grow out of control in a short amount of time. The two-spotted spider mite is a tiny pest that can cause significant damage and losses in strawberries.

The two-spotted spider mite is very tiny (0.4 millimeters) and usually light yellow with a distinct spot on either side of the abdomen. The nymphs look like the adults except that nymphs are smaller in size. The eggs are even smaller clear/white spheres. Spider mites have piercing-sucking mouthparts that cause damage as they feed on the plant cells. This feeding usually occurs on the underside of the leaf, which makes early detection more difficult.

Low levels of feeding and infestation cause a slight stippled look to the upper leaf surface. As infestations grow, the leaves become brittle with a bronze tint to them. Leaves can appear dirty, may be covered with webbing and/or have an upward curled appearance.

Early detection is important since research has proven that even low numbers of mites can reduce yields. However, strawberries can tolerate higher numbers of spider mites if infestation occurs later in the season during fruiting. Early in the season, the treatment level is five active spider mites per leaflet. Moving into harvest in early spring, the threshold level rises to 20 mites per leaflet. Although mature plants can tolerate more spider mites, high levels of mites can still reduce yield. Treating an infestation late may control the pest, but it will be too late for the grower to have optimal yield.

Planting time coincides with the harvest of neighboring crops, which forces mites to move elsewhere to feed. This means that in our area, spider mites can be problematic from the time of planting. Spider mites love hot temperatures and do not become inactive until temperatures fall below 50 degrees. In October 2018, the average high temperature in our area of Georgia was 82 degrees, and during the first 10 days of October it was nearly 90 degrees. These conditions make strawberry plants a prime target.

Some growers have started using high tunnels for early production. High tunnels and greenhouses are great for early production but are also the perfect environment for spider mites since temperatures can soar above 90 degrees and rarely drop below 50 degrees. Similar environments are created when using row covers. Therefore, detection and treatment prior to applying row covers is an important consideration.

There are several miticides on the market that work well to reduce and eliminate two-spotted spider mites. However, it is important to understand that some miticides are only effective on certain life stages of this pest. Using a product that is effective on eggs and juveniles will have no effect if only adult mites are present.

Growers should first check with their plant supplier to determine if miticides were applied in the nursery. Then, if multiple applications of miticides are needed, it is a good practice to rotate products with differing modes of action. Since mites feed on the underside of leaves, thorough coverage is critical when applying miticides. Application rates of 50 to 100 gallons of water per acre are common for controlling mites.

Visit https://smallfruits.org for more information on two-spotted spider mites and other pests.