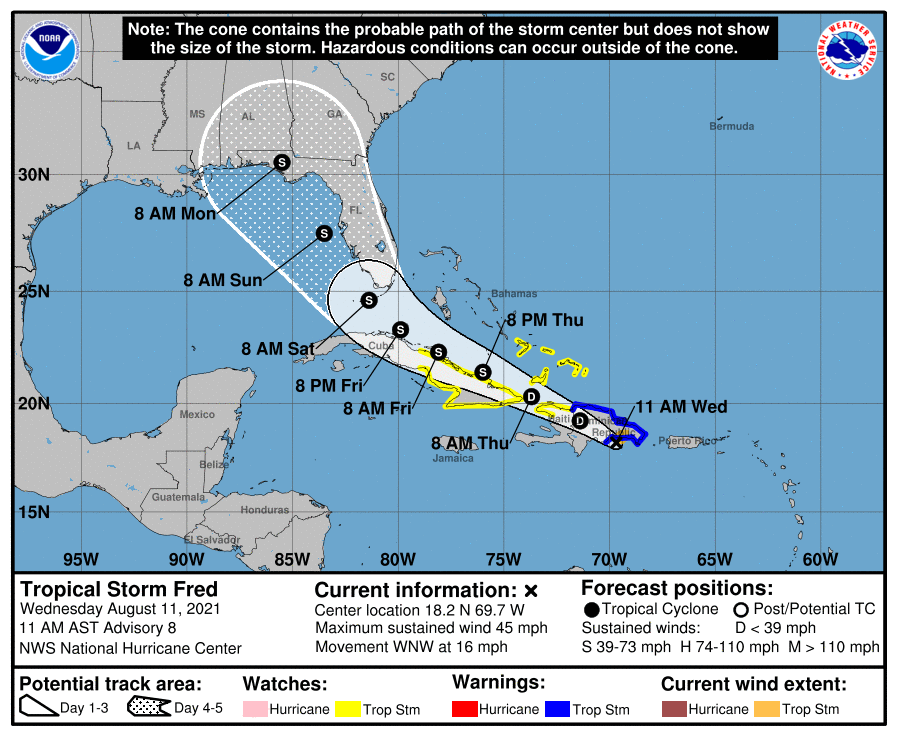 The looming landfall of Tropical Storm Fred could impact pecan production in Georgia and Alabama. But it could have a positive effect.

Lenny Wells, University of Georgia Cooperative Extension pecan specialist, said extra rainfall at this stage of production would benefit the crop heading into harvest. As for the wind effect, that’s a different matter.

“We’re just about to go into kernel fill, so the nuts are kind of at their heaviest point right now. They’re still in that late water stage and about to start the kernel filling process. From what I have read so far, unless things change soon, unless (the storm) gets into the Gulf and picks up a lot of steam, that probably all we’re going to get from it is a lot of rain dumped on us,” Wells said. “That would not be the worst thing in the world at this time because it would probably help us with filling the kernels out and all that kind of stuff.

“But we always are worried about wind with these things. We definitely don’t need any wind at all this time of year. If the nuts are heavy and limbs are sagging, it doesn’t take much wind to break them up. We don’t want to see that.”

Even after all of the rain the Southeast has received this summer, a little bit more is desired at this stage in the growing season.

“One of the worst things would be to have the rain we had all summer. That makes the nuts get larger and then they get harder to fill if it does turn off dry in August and September. Some good soil moisture during that time period really helps with the kernel filling,” Wells said.

According to the National Hurricane Center, Tropical Storm Fred is expected to head towards the southern tip of Florida and Gulf of Mexico by early Saturday and churn towards the Florida Panhandle. Impact in Georgia or Alabama could be felt Monday or Tuesday.