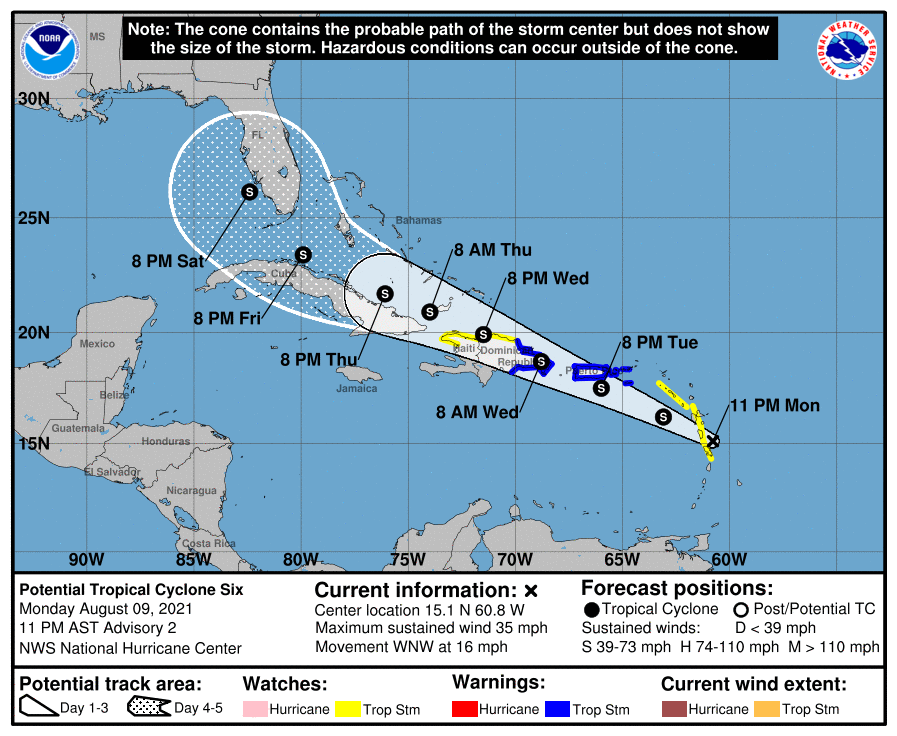 Vegetable and specialty crop producers are bracing for a potential tropical storm this weekend as Tropical Storm Fred churns towards the Gulf of Mexico. As University of Florida/IFAS Associate Professor in Horticultural Science Josh Freeman says, “ It’s part of doing business,” in Florida this time of year.

“I think depending on where the track goes, it’s going to catch production various stages just because of the way the state works from a scheduling and timeframe standpoint. If the track was a little further north and it cut across the very southern end of the peninsula, depending on the strength of the storm, a lot of the stuff down there, they’re in the process of laying plastic or they just laid plastic. If (the storm’s) bad enough, it will blow up plastic and flood stuff. Then you worry about, what has it done for pre-plant fertilizer?” Freeman said.

“If it catches central Florida, Hillsborough, Manatee Counties, places like that, they probably don’t have plants in the ground but are probably getting pretty close.”

As of Tuesday afternoon, the projected path has the storm skirting the southwest part of Florida late Saturday or early Sunday and moving northward into Georgia by Tuesday morning. That could be the most devastating for growers.

“If it shoots the way the current projected path is, it stays somewhere around the Keys and gets in the Gulf and heads due north and hits us and South Georgia, we’ve got a lot of stuff that’s in the ground.  Fall tomatoes have been set, depending on where you are, for two to three weeks. So, you worry about an event like this early in the year,” Freeman said.

“Plants aren’t very robust. A lot of them may not have been tied already. So, they get beat around and usually you can start the year off wrong if you have a prolonged wind or rain event. Then you end up with diseases like bacterial spot. You don’t want to start the season off like that. The fall tends to be pretty favorable once we get over the midpoint from a weather perspective, but you certainly don’t want to start out with bacterial spot at the first tie.”