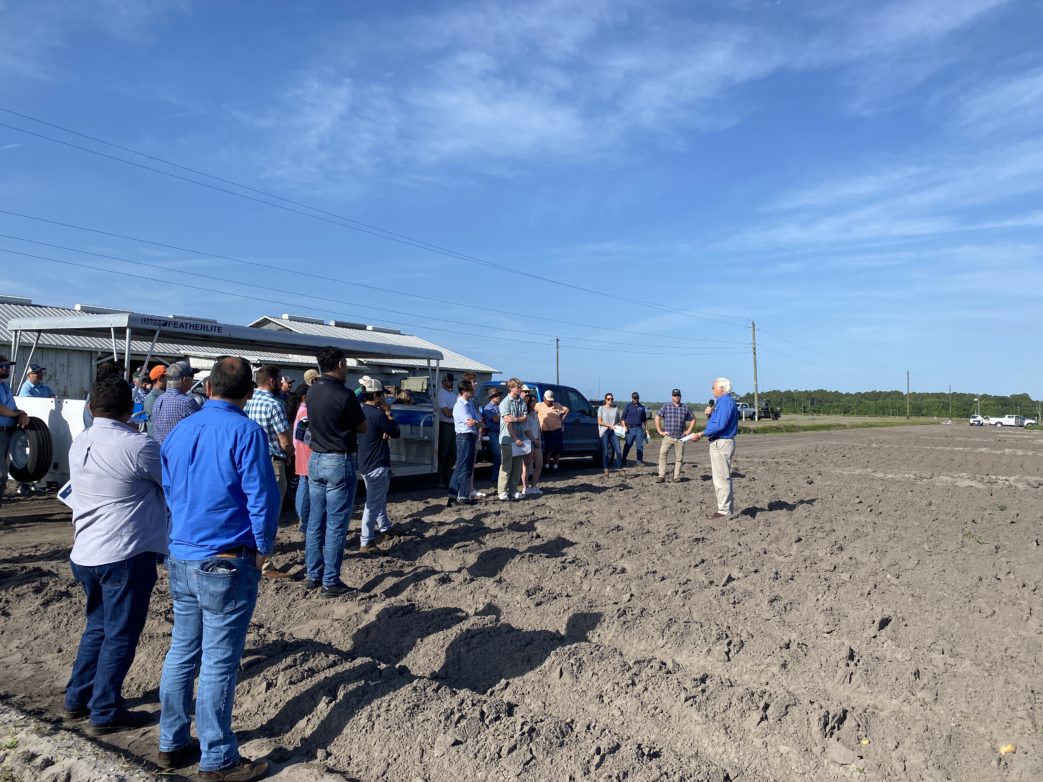 Faculty and staff of the University of Florida Institute of Food and Agricultural Sciences (UF/IFAS) Hastings Agricultural Extension Center were excited to host growers for their 2022 spring field day in April. The event had been on hiatus the past two years due to COVID-19.

Much of the tour focused on potato production, which is a significant crop in the Tri-County region of Florida. One stop featured a new phosphorous (P) rate study for potatoes, which is being funded by recent legislation to update UF/IFAS fertilizer recommendations. There were several other tour stops focused on potato nutrient management.

Wendy Mussoline, UF/IFAS Extension agent for Putnam County, gave an update on her multi-year study on the use of high-grade compost as a nutritional supplement in potatoes. The project involves adding compost that is generated from food waste and inoculated with a proprietary blend (Living Soils) of microbes as a preplant amendment.

Mussoline said the goal of the research is to determine if the compost can increase the bioavailability of P in soils and reduce the need for P applications. Three rates of P and compost were applied in the replicated trial. The nitrogen and potassium rates are the same in all three treatments.

“The is a lot going on in terms of P (regulations) and application rates and the cost of fertilizer is up, so this trial is an opportunity to see how compost works,” Mussoline said.

The three-year study is in its second year. After the first potato harvest in 2021, Mussoline noted no significant difference in marketable yields between the different treatments. No internal issues were observed in the potatoes harvested from the compost treatment.

Mussoline said she will be interested to see if the compost might provide a cumulative benefit after multiple years of applications to the soil.

“We all understand that we have P in the ground,” she said. “It is just locked up and not being released to plants. So, if the microbial action from the compost can assist in that release, that would be a great benefit. While we didn’t see any statistical differences (of treatments) after the first harvest, we will be looking for benefits of the compost application when we harvest (these second-year) plots.”