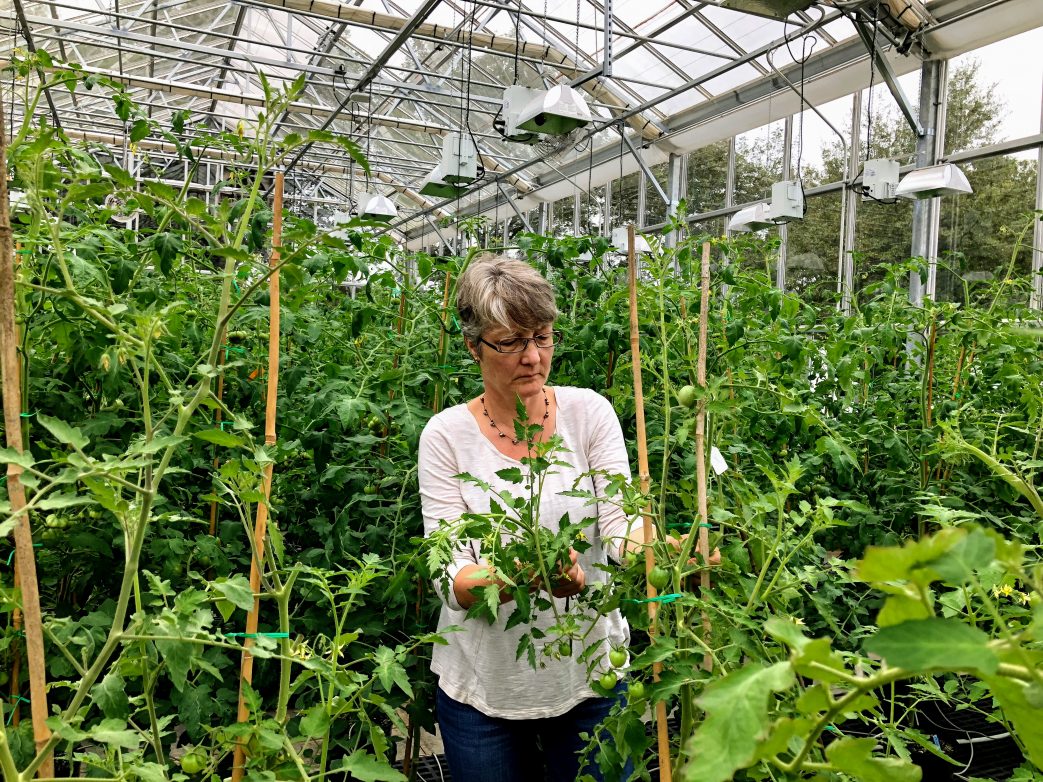 New technology has led to a greater understanding of how gene placement within the tomato genome influences gene expression and, therefore, the characteristics of the resulting plant’s fruit, a discovery that is important for breeders and producers.

As tomato plants evolved, segments of DNA were deleted, duplicated or rearranged. These structural variations in genomes underpin the vast diversity among tomatoes, changing flavors, altering yield and shaping other important traits, according to a release on the research from Cold Spring Harbor Laboratory in Cold Spring Harbor, New York.

Part of the UGA Institute of Plant Breeding, Genetics and Genomics, van der Knaap has been studying the genes that determine tomato shape and size for decades, finding that the genetic sequences that control the size of tomatoes do so by controlling cell division or cell size. Her team also found similar sets of shape-control genes in plants other than tomato.

A research group comprising members of van der Knaap’s lab and investigators at Cold Spring Harbor Laboratory, Johns Hopkins University and other institutions sequenced and compared the genomes of 100 different varieties of tomato, including robust varieties suitable for industrial agriculture, heirloom varieties and wild relatives of cultivated tomatoes. Within those genomes, the team identified more than 230,000 structural variants. New DNA sequencing technology, along with powerful new genome editing technology, has recently made structural variants easier to detect and study how they affect crop traits.

The partnership has allowed van der Knaap’s lab to address research questions on genome evolution more effectively than they have been able to on their own in the past.

“The premise of the study was based on evidence from our lab on the importance of genome structural variation and how they change fruit appearance,” van der Knaap said. “We have been creating resources and knowledge in my lab that has recently expanded the knowledge in other vegetables as well.”

To gain a better understanding of structural variants’ role in diversity, the team showed that thousands of genes were changed by the structural variants. Then they used CRISPR — the genome editing tool that can make targeted changes in DNA — to show that duplication of a particular gene causes a plant’s tomatoes to increase in size by about 30%.

Because the tomato genome is made up of 900 million base pairs making up the approximately 35,000 genes, identifying which genes control certain traits is important to van der Knaap’s research. This study and the extensive resource it provides has made gene discovery more easily achievable.

A trained molecular biologist and geneticist, van der Knaap is interested in using the structural variations discovered in the study to determine whether they may cause trait variation in fruit shape, weight and flavor. Much of the research in the lab is to genetically map a trait such as weight in the genome. Once the genomic region is found and the researchers know one of the remaining 10 to 20 candidate genes, they examine the region carefully for any variation that could contribute to that trait. Some of the apparent causes are single nucleotide polymorphisms (SNP), but thus far most have been caused by a structural variant. Knowing all the structural variants in the genome facilitates the discovery of novel genes controlling the trait such as weight, shape and flavor.

“I want to know exactly where these variants occur and then take it one step further to figure out what the change is,” she said. “The genome is linear in higher organisms. The genes are in a certain order in most tomato plants. In other tomatoes, there is a region of about 300KB that is inverted. We don’t know how that happened, but it is inverted. The result of this inversion changed the regulation of the gene that is important for fruit width, making a very flat tomato. It is as if a one-way road suddenly turned around.”

Looking at the whole genomes of many different varieties of tomato equips scientists with the information geneticists need to develop new tomato varieties and producers need to choose what varieties to grow for the traits they desire in a crop.

“We cross tomato varieties all the time. One pairing might make bigger fruit while another might make more fruit, but there are hundreds of populations and we would need 10 times the greenhouse space to evaluate them all. We have to be smart about it and choose which crosses are going to be the most informative, which ones are going to give us new genes we don’t know about yet,” van der Knaap said. “With the knowledge we create, we can select traits at the genome level that we know, as breeders, will result in a variety with much superior qualities.”