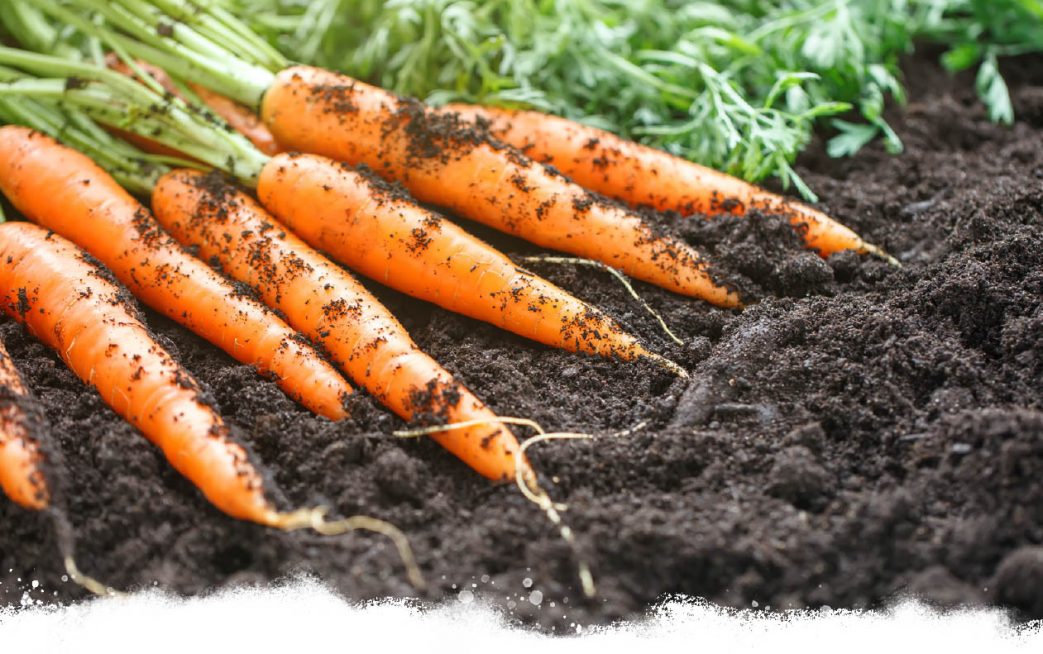 Plant-parasitic nematodes are known as hidden enemies and restrain carrot production in the United States. In Georgia, carrots are among the most seriously affected vegetables due to heavy infestation of root-knot nematodes. These pests cause especially severe problems in sandy-textured soils in all carrot-growing areas. Three major species — Meloidogyne incognita, M. arenaria and M. javanica — are important in South Georgia. M. incognita and M. arenaria are widespread, but M. javanica has limited dispersal.

Root-knot nematodes can be managed through various approaches, including field monitoring and sanitation, rotation to non-host or cover crops, resistant cultivars, and nematicides. Prevention is always more effective and cheaper than control treatments when it comes to root-knot nematode management. Pre-plant soil sampling for accurate nematode identity and counts is a crucial step in assessing the risk that nematodes can pose to directly-seeded carrots. Root-knot nematode population densities usually are lowest at planting and highest around crop maturity.

Leaving land to fallow for a short period of time, like one year, is not effective in reducing root-knot nematode numbers in soil. The most effective and long-term control strategy for carrot production is the use of genetically resistant and/or tolerant cultivars. The source of nematode resistance has been detected in wild accessions or lines of carrots. However, there are currently no commercial carrot cultivars available with resistance to root-knot nematodes. Chemical nematicides are therefore important elements in the suppression or eradication of root-knot nematodes in carrot production.

Fumigant applications were made four weeks before carrot seeding into the field. Broadcast applications of Telone II were made with a Harrell six-bottom switch plow with knives spaced 20 inches apart. Pic-80 and Pic-100 were applied with a tractor through subsurface knives (five knives placed 12 inches deep) during bed formation. Researchers found that all three fumigant products did not completely kill root-knot nematodes. The pests were able to develop and damage carrots during the growing season.

Yield was not significantly different between treated and untreated plots, but yield in the plots treated with Pic-100 (100 pounds per acre) and Pic-80 (100 pounds per acre) was numerically higher than that of the Telone treatment. These results show that Telone II has higher root-knot nematode control compared to mixed formulations of Telone+chloropicrin. However, little or no difference in the crop yield was observed between the nematicide treatments examined. Telone II only helps control nematodes. On the other hand, Telone+chloropicrin mixtures have broader activities and control several soilborne diseases.

Even with pre-plant fumigation, crop damage is still likely to occur. For example, in a commercial carrot farm in South Georgia, Telone II at 12.5 gallons per acre was applied before seeding carrots. The plants showed poor growth and stunted foliage across the field due to severe root-knot nematode infestation with small galls present on the roots approximately three months after planting. In this field, two applications of Vydate L at 64 fluid ounces per acre was made during the growing season. The nematicide was broadcast applied by a tractor sprayer prior to rain events to move the nematicide into the root zone.

In conclusion, nematode management in carrot is heavily dependent on nematicides. Pre-plant soil fumigation has been the crucial option used in carrot production to manage root-knot and other pathogenic nematodes. Old (e.g., Vydate) and newly introduced non-fumigant nematicides (e.g., fluopyram or fluensulfone) have also been shown to provide reliable nematode control and, thus, are recommended for use in carrot production.

Abolfazl Hajihassani is an assistant professor of nematology at the University of Georgia in Tifton.