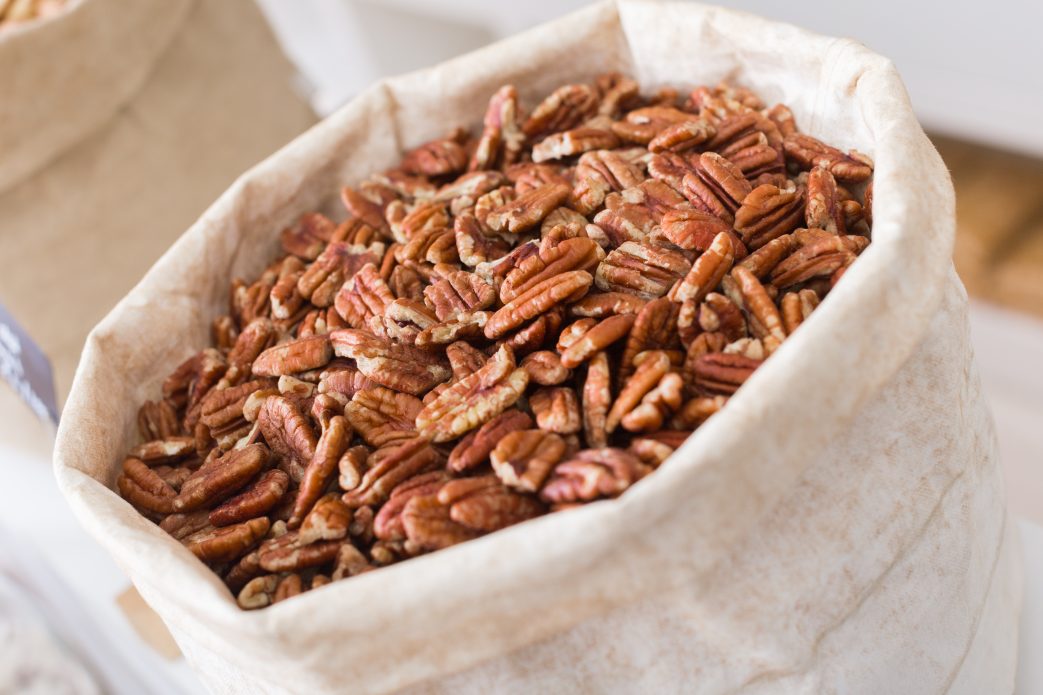 University of Georgia Cooperative Extension is encouraging pecan growers to thin their bumper crop this summer to avoid having a down year next season.

Southeast Georgia Area Pecan Agent Andrew Sawyer said this year’s pecan crop exceeds the 70% fruit-bearing terminals they recommend pecan trees to have at this stage in the growing season, along with having an excess cluster of nuts.

“There’s 90% to 100% of terminals with nuts in pretty much every situation I’m seeing. Then you’re having three, four or even five nuts in a cluster on many cultivars. That’s high as well,” said Sawyer, who said Georgia was bound to have a surplus of pecans this year following Hurricane Michael in 2018.

“In Georgia this year, we’re probably having the biggest crops in a long time. It was actually kind of thought of it was going to be that way. Generally, after a really bad hurricane or weather event, the following year is pretty low just from the loss of limbs and fruiting branches. But then the year after that, which is 2020 for us, it ends up being almost overload. We’re seeing that.”

Sawyer said farmers thin their trees normally around the last week in July or first week in August. But this year’s crop is about two weeks early. He projects the third week in July to be when most producers need to act.

“If there’s any time to do it, it may be 2020. The whole reason for fruit thinning is to minimize alternation,” Sawyer said. “Alternating happens at least a couple of different ways. One of them is carbohydrate storage. That means when you have a large crop and it’s putting everything into that fruit, it doesn’t have a lot of storage for this upcoming year. That can affect next year’s crop. It can actually put those trees into alternation.

“We’ve got a large crop in 2020. All of these 90% terminals and large cluster of nuts, the tree really can’t even fill that much.”

“Most people, they’ll never do it. It’s so hard if you’re a grower to let these nuts fall off the tree. You’re having to just let them go,” Sawyer said. “You’re doing it for the overall future, long-term production of the tree, not this year’s production.”

He cautions producers to shake a few days after a rain or turn irrigation off a few days before shaking to avoid damaging the tree. If there is abundant rainfall or high soil moisture, the cambium layer under the bark will slip more readily, making it easier to damage the tree.