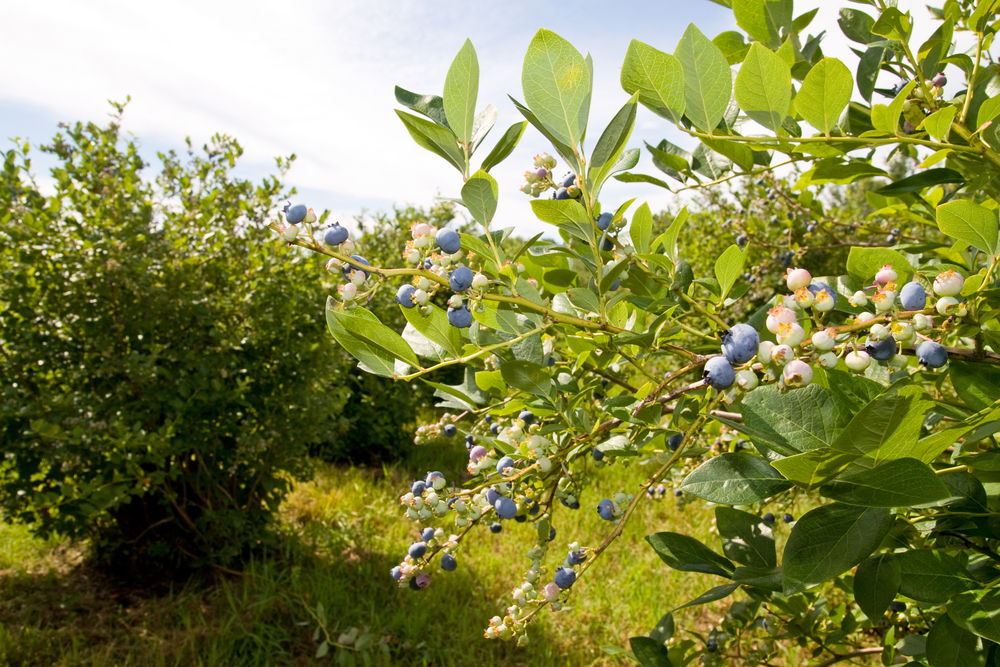 Alternative chemicals are being researched to replace hydrogen cyanamide, a plant growth regulator that is used in Florida on blueberries to improve fruit earliness and develop more concentrated fruit set.

Shinsuke Agehara, University of Florida Institute of Food and Agricultural Sciences assistant professor at the Gulf Coast Research and Education Center in Balm, is conducting research on alternative chemicals.

“There aren’t a lot of chill hours in Florida, and they are not consistent,” says Agehara. “That’s making the application of Dormex (hydrogen cyanamide) not exceedingly effective sometimes.” Dormex is used to advance the development of spring leaves, improve fruit earliness and develop more concentrated fruit set, but its effectiveness depends on chill hours and this creates a problem. Dormex is also very toxic, another reason Agehara and his team are looking for alternative chemical sprays.

There are two types of chemicals being evaluated as potential alternatives to Dormex, defoliants and plant hormones. These two types of chemicals have completely different modes of action. Defoliants can defoliate plants, causing leaves to fall off quicker. “Blueberries can accumulate chill hours better when the plants are defoliated because they will become more sensitive to chill hours,” explains Agehara. “We can maximize the amount of chill hours, and that might improve fruit set and earliness.”

Agehara has also studied gibberellic acid (GA), the hormone plants produce in response to chill hours in many crops. “Plants have to sense chill hours to produce GA, the internal signal to trigger bud break,” says Agehara. “We found that GA is very effective in inducing bud break in blackberries. We thought maybe GA would work in the same way for blueberries, but it didn’t. But, we did find that defoliant treatment showed some good data. It was just one season of data, so we have to repeat the trial again.”

According to Agehara, defoliants hold some hope. “We tested only one defoliant, which is zinc sulfate, but there are other defoliants and also plant hormones we can use as defoliants,” he explains. “We’d like to test different chemicals and different concentrations, and we’d like to find out which chemical is the best tool that we can use as an alternative to Dormex.”

Agehara’s plan is to find a better tool for blueberry growers that can replace Dormex because “Dormex is a very toxic chemical that isn’t healthy to handle. We hope that we can find something safer and more effective than Dormex to support the industry,” he concludes.