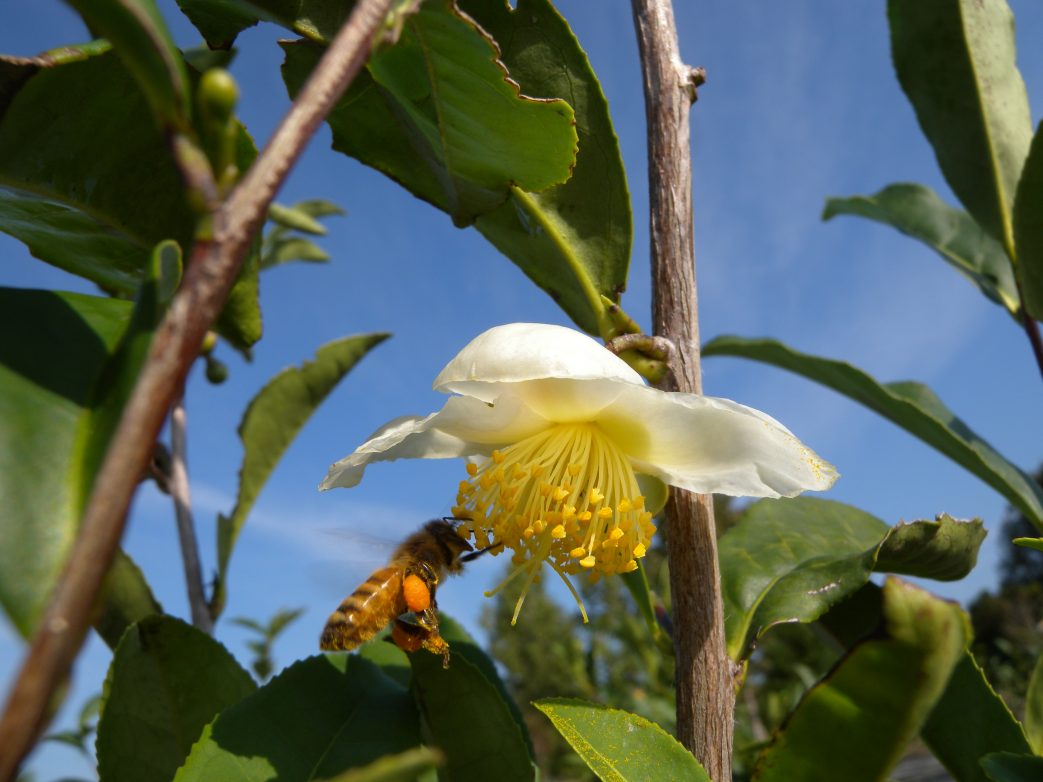 Fourth-generation citrus grower James Orrock is a plant pathology graduate student at the University of Florida who is studying tea as a possible alternative crop to be grown on former citrus land.

“The citrus industry is having to go through some changes, so one of the key aspects of Florida agriculture right now is diversification,” said Orrock. “We believe that there are markets that can be diversified, and that’s where we think tea is an option.”

Very little tea is being grown in the United States, so Florida has the opportunity to lead the country in tea production, which can be gown for high-grade artisan tea, tea bags, shampoo products and food products. The profitably of growing tea in Florida is unknown at this time, but is being researched.

One way former citrus growers can save money on tea production is by using the irrigation systems already set up for citrus production. “On the tea plants we have at our orange grove, we have a row of tea plants right next to our irrigation lines with extra-long emitters to reach a row even further away so that we didn’t have to put down an extra irrigation line,” explained Orrock.

The highest cost in tea production is obtaining the plants because there is so little plant material currently available. A one-year-old plant costs about $7–$8, which is about the same cost for a citrus tree. However, tea has to be planted at a much higher density than citrus.

According to Orrock, one of the primary challenges growers face in tea production is the harvesting of the leaves. How well the tea is irrigated and fertilized determines how often the leaves are harvested. Tea is typically harvested every two to three weeks, depending on how fast the leaves are growing.

Orrock suggested growers give tea production a try. “If you’re a citrus grower, you’re desperate enough to try anything and everything,” he said. “There is absolutely no reason why someone can’t go out and buy 10–20 plants and plant them.”