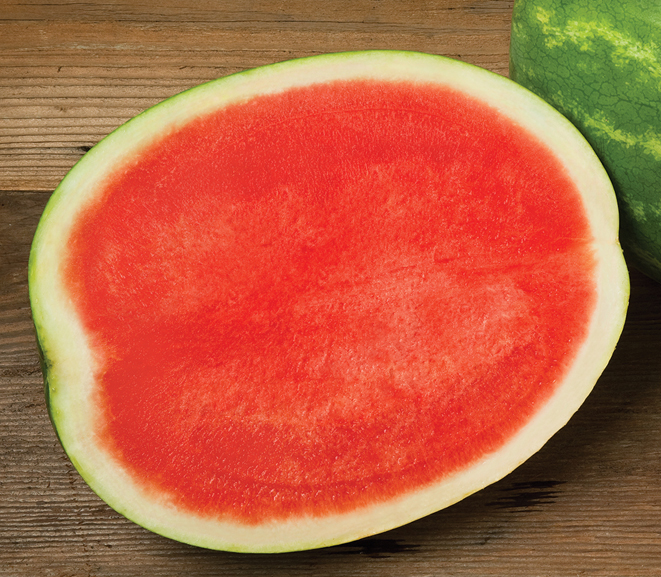 Watermelon research remains a key focus for scientists at Syngenta. Watermelon varieties need to withstand any type of diverse climate, especially for growers in Florida, Georgia, Indiana and California.

“With climate change, we’re already seeing a lot of fluctuations in temperature and weather patterns as well as some increases in extreme weather events. To combat this variability, we’re really trying to select the most resilient new varieties that are widely adapted and can withstand adverse weather conditions better than their predecessors,” said Rebecca Wente-Naylor, breeding trial specialist at Syngenta. “We do this by testing our new experimental hybrids with our current commercial growers throughout the United States.

“A good example of this would be our watermelon variety called Excursion. I’ve seen this produce fruit in some of the worst environmental conditions from South Florida to Indiana to California. It’s really widely adapted, and honestly, seems to flourish, especially when it takes a beating.”

According to Syngenta, Excursion is a large fruit size with 50% or more 36-count fruit. It excels in early to main season plantings and matures up to seven days earlier than the current “standard” to hit early markets.

Maybe most importantly, it has improved disease resistance with intermediate resistance to Fusarium wilt race 1 and Anthracnose race 1. It has shown stronger Fusarium tolerance than comparable varieties.

All of South Florida’s crop has been planted for about a month. Central Florida producers normally plant in mid-February. North Florida, Alabama and Georgia are slated to start around mid-March.