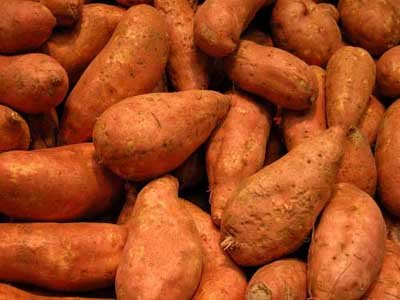 According to the U.S. Department of Agriculture Foreign Agricultural Service, a new French ban on the sales of fruit and vegetables with identifying stickers could threaten future exports of U.S. sweet potatoes and grapefruits. The ban is slated to be implemented on Jan. 1, 2022.

The report states that most U.S. grapefruits and some sweet potatoes shipped overseas have stickers that are used for traceability and marketing purposes.

In February 2020, the French Parliament passed the anti-waste law for a circular economy. Its aim was to change the country’s production and consumption model. It wants to limit waste, preserve natural resources, biodiversity and protect against climate change.

Article 80 of the bill prohibits non-compostable stickers on fruits and vegetables sold in France with implementation on Jan. 1, 2022.

The U.S. is a large supplier of fruits and vegetables to France.

Some sweet potato exports, valued at $20 million in 2020, may be impacted by the ban on stickers.

Most U.S. grapefruits bear stickers with a PLU code along with the exporter’s name and other information. It is used for traceability and marketing. If article 80 is implemented, U.S. exporters will only be able to ship grapefruits without stickers. This would create logistical and marketing challenges.

The volume of grapefruits exported to France in 2022 could be reduced as a result.