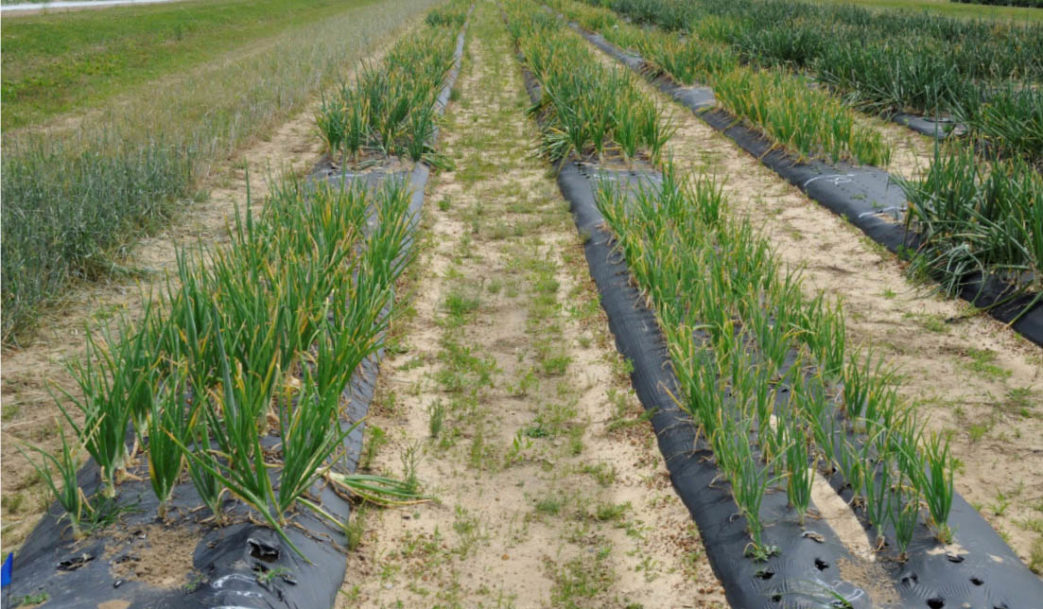 Vidalia onions are sweet, short-day, low-pungency, yellow Granex-type bulbs popular in the United States because of their mild flavor. These onions are exclusively grown in southeastern Georgia, in a region with mild winters and low-sulfur soils. There is increasing interest in utilizing organic fertilizers because of the growing demand for organic vegetables, including organic sweet onions. There is, however, limited information about the application rates of organic fertilizers to vegetable crops in Georgia.

Traditionally, the goal of nitrogen management has been to maximize yields and economic return. Fertilizer management should look for a balance between profit, crop yield and environmental impact. The most used practice to determine the amount of organic fertilizer to apply is to consider the nitrogen content of the organic fertilizer and the crop nitrogen needs.

Nitrogen in fertilizer may be in inorganic or organic forms. The inorganic nitrogen (nitrate or ammonia) is readily available to plants. This nitrogen form is found in chemical fertilizers (ammonium sulfate, ammonium nitrate, calcium nitrate, urea, etc.). The availability of nitrogen may vary depending on the type of organic fertilizer and the environmental conditions. The organic nitrogen form is not readily available to plants and requires mineralization, a “digestion” process conducted by soil bacteria. During mineralization, soil bacteria transform organic nitrogen into ammoniacal nitrogen through enzymatic reactions. Nitrogen mineralization increases with temperature and varies depending on the bacterial population densities.

TRIAL RESULTS
Studies were conducted in Tifton, Georgia, to evaluate the effects of organic fertilization rates on sweet onion plant growth. An organic fertilizer [microSTART60 (3-2-3), Perdue AgriRecycle, LLC] was produced from chicken litter and was applied before planting the onions. No more fertilizer was provided after planting.

High application rates of organic fertilizer (above those required by the crop) may have resulted in significant nitrogen leaching. It is unlikely that the onion crop used most of the mineralized nitrogen. Nitrate leaching is common after heavy rains or high irrigation rates, particularly in light soils, like the sandy loam soil of this study.

Juan Carlos Díaz-Pérez is a professor at the University of Georgia in Tifton.