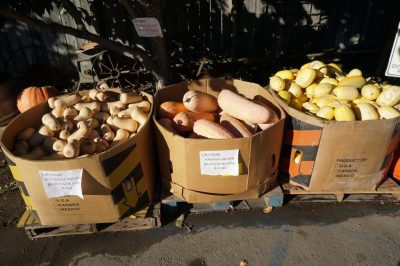 One Florida farmer dodged the supply shortage that’s running rampant across the vegetable industry. But the fall season is not that far away for Wade Purvis, who farms in Immokalee, Florida and is part of the Farmers Alliance.

“I know guys that are literally buying sawmills and going out in the woods, cutting logs and starting to make them,” Purvis said.

The lack of pallets and boxes have sparked concerns for Southeast vegetable and specialty crop producers. Some are questioning how they are going to make it through the production season.

“Either we’re going to have find some alternative or figure out something to do in the absence of pallets. Left alone, we’re a pretty creative, innovative bunch. If the country is left alone without a bunch of bureaucrats, I think we’ll figure it out. It’s going to be a challenge,” Purvis said.

Never have the lack of pallets been a concern for growers who depend on them to ship their produce. The lack of labor is a factor. Wood prices have also skyrocketed. It’s the latest obstacle for an industry that’s facing one continuous challenge after another.

“Everybody’s scrambling and trying to find them. There’s some people that have a bunch hoarded up. They’re probably going to be all right. Anybody that didn’t, I don’t know if they’re going to have enough to get their crop gone. It’s the dangdest thing I’ve ever seen,” Purvis said. “The guys that are coming into production, they’re the ones that are catching the brunt of it. It’s real and it’s bad.

“I don’t know what’s going to make it better. It’s going to get a whole lot worse before it gets better.”