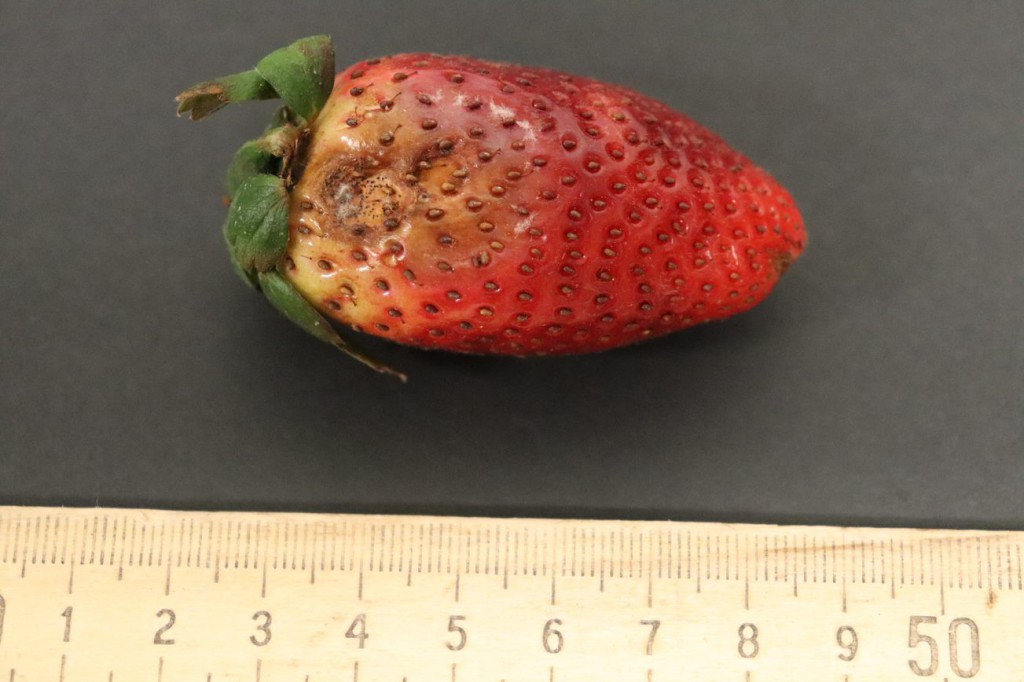 What started as a problem for Florida strawberry producers has developed into cause for concern for Georgia farmers.

Phil Brannen, University of Georgia Cooperative Extension Fruit Disease Specialist, estimates that at least 10% of Georgia’s crop is infected with Neopestalotiopsis Fruit Rot, though it could be as high as 20%.

Bill Brim, co-owner of Lewis Taylor Farms in Tifton, Georgia, has already had his entire 12 acres wiped out this year because of the disease.

It is a problem for producers who received their plants from the nursery in North Carolina where the disease originated.

“There’s one person that got plants from that nursery that so far. They’re a little bit further north,” Brannen said. “It might be that they get it later, but they have not gotten any of it yet that I’m aware of. But the rest of them, anybody who got it from that nursery, they’re just decimated. There’s nothing left where they’ve done it. It’s pretty bad.

“The thing that’s so bad about it in a lot of ways, these other guys in the same county who got theirs from another nursery are doing great. They’re having one of the best years ever. It’s gotten a little bit drier; everything’s going great.”

According to the UGA Center for Agribusiness and Economic Development, there were 336 strawberry acres in Georgia in 2019. That means at least 30 acres were affected but as many as 60 acres could be impacted.

It also presents a dilemma for producers going into next year. While they are likely to steer clear from the North Carolina nursery and another nursery in Canada that has ties to this disease, what do farmers do if the disease stays in the field? They could go back in with good healthy strawberry plants and the plants die very rapidly.

“There are places you can go to right now today to get good strawberries to bring in. That’s good, we know that. The problem is, if you’ve already got (the disease) in your field, if you don’t have land to rotate away from it or go somewhere different, can you grow strawberries there, ever? I would suspect the answer is yes. But if it gets out into the wild plants around the strawberry planting, which is what they suspected happened in Florida, it’s going to come back in,” Brannen said.

Producers are ordering their plants now, though they won’t receive them until early fall.