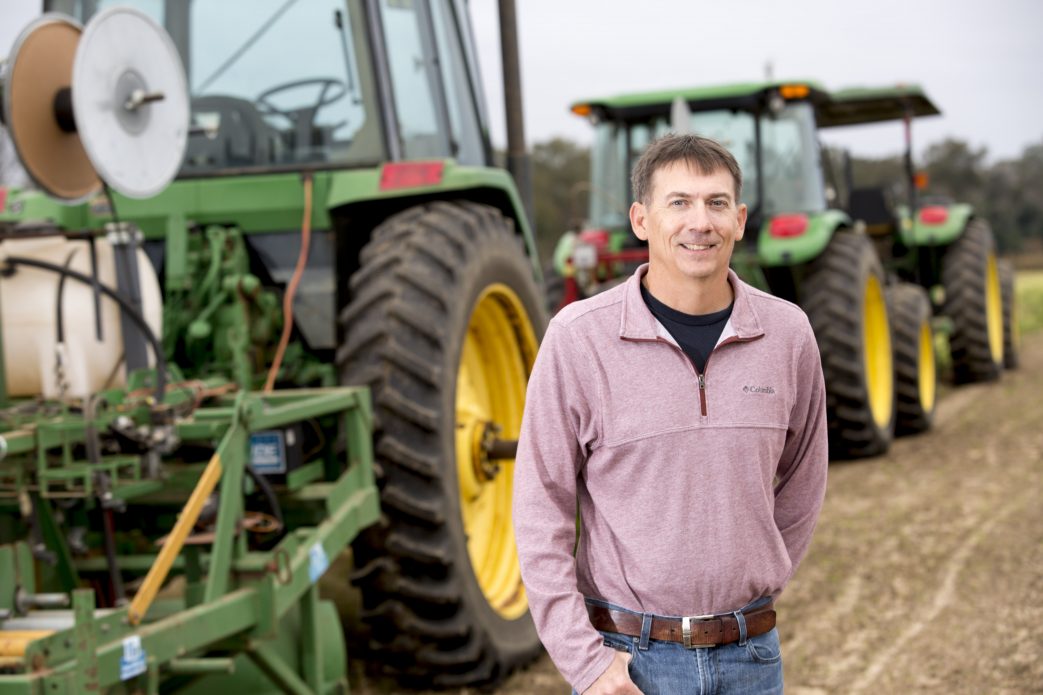 “He’s a great young man. He’s a hard worker and tries to get things done. He’s the best one out at the (experiment) station, as far as I’m concerned,” says Brim, co-owner of Lewis Taylor Farmers in Tifton, Georgia.

Culpepper’s accomplishments are a big part of why growers like Brim have confidence in what the scientist says. A professor in the UGA Crop and Soil Science Department, Culpepper is a world-renowned scientist at one of the leading agricultural colleges in the country and has had a lot to say over his 20-plus years at the Tifton campus.

Culpepper’s team is improving tactics for vegetable growers to better manage weeds. In the last couple of years, he has been very active in fruiting vegetables, like tomato, pepper and eggplant; cucurbits, like watermelon, squash, cantaloupe and cucumber; cole crops, like broccoli and cabbage; and leafy greens, like collard and mustard; as well as carrots.

Whether it’s researching alternatives to methyl bromide or developing management strategies for overcoming palmer amaranth weeds, Culpepper has had far-reaching impact in commodities across the world.

“My team’s research efforts have always and will always follow the needs of our growers, which are of course, very diverse,” Culpepper says. “Developing alternative systems to methyl bromide that our farmers continue to rely on today was certainly among our more impactful work. I also think it was my favorite personal project. That effort was so large that I had an opportunity to work with growers for an extended period of time early in my career. Those growers really helped teach me how to grow vegetables on plasticulture. And of course, what good is research if the researcher can’t grow a crop like a grower?”

Culpepper’s work with methyl bromide alternatives is considered among his most impactful contributions as a scientist. For decades, Georgia vegetable producers relied on methyl bromide as a soil fumigant to control weeds, insects and nematodes. It was phased out in the mid-2000s, though, when the Environmental Protection Agency deemed it harmful to the ozone.

Culpepper devoted almost 10 years of research to finding suitable alternatives. Brim said an effective alternative that Culpepper was responsible for was the UGA 3-way system that implements Telone II, metam sodium and chloropicrin.

“What he did was just a tremendous help for us as far as developing a new product that we could use” for weed, fungus and nematode control, says Brim. “Without that, we’d probably be out of business. Methyl bromide was such a forgiving chemical as far as helping us develop nematicide programs and weed control and disease control. When we lost methyl bromide, we thought we were just done. Stanley did research here on the farm on the 3-way … two years before we actually started using it completely before methyl bromide was taken away from us. We really didn’t know until years later (how effective it was going to be), and now we’re still using the 3-way.”

Another area Culpepper has had a major impact on is the development of new herbicide tools for vegetable growers. His efforts have led to more than 34 new herbicide uses in various vegetable crops for Georgia farmers. He has also assisted growers in other states to obtain these labels.

“I absolutely love finding new effective herbicides for a vegetable grower and getting them labeled in a way that is safe for the user, the crop and our environment. Of course, this accomplishment is the result of an amazing team of people working together from the University of Georgia, industry, IR-4, The Georgia Department of Agriculture and the U.S. EPA,” says Culpepper.

Culpepper was destined for a career in agriculture. He grew up on a bicentennial family farm in North Carolina where his family produced corn, cotton, peanuts, soybeans and wheat. So much of his childhood influenced every step of his career. Culpepper remembers those hot summer days of pulling weeds when he was very young. He even recalls chopping them down with a hatchet as some were twice as big as he was.

“I thought I might be able to make a difference studying weed science,” Culpepper remembers. “Hopefully, I have.”

He received a bachelor’s degree in agronomy and his master’s and doctorate degrees in weed science from North Carolina State University.

Culpepper began his professional career at UGA as a cotton, vegetable and small grain weed scientist in 1999 and continues with those same responsibilities today.

Culpepper’s awards and accomplishments speak volumes about how his colleagues view his work. He has been a guest speaker at more than 300 events across the globe; 686 Extension county meeting presentations and 66 in-service Extension trainings. He has authored or co-authored 106 refereed journal articles, four book chapters, 406 abstracts for presentations, 223 Extension publications and 222 newsletters/blogs.

Culpepper has received 31 professional awards. Some of the highlights include:

In addition, Culpepper is currently serving a third term as a member of the Agricultural Science Committee of the U.S. EPA Science Advisory Board.

Culpepper attributes his success to working with others. “Success is really driven by cooperation, whether that is with Extension agents, farmers, consultants, industry partners, regulators, or usually with all of these groups. As we continue to move forward in agriculture, this is a priority for our sustainability,” Culpepper concludes.