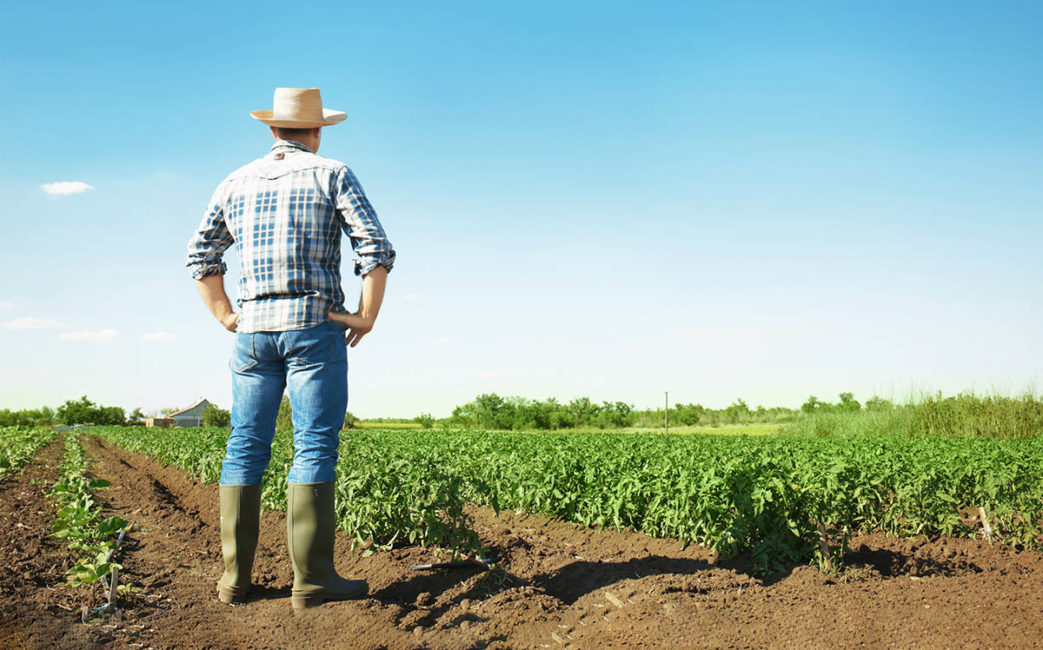 A changing landscape in agriculture calls for policy reform.

By Zhengfei Guan and Kuan-Ming Huang

The United States has been the largest agricultural exporter in the world and has had surplus in agricultural trade for decades. In 2019, however, the United States saw a deficit (-$1.3 billion) for the first time in over half a century since data were available. The $1.3 billion deficit figure is derived from total U.S. ag exports to all countries minus total U.S. ag imports from all countries. The United States had a deficit of $11 billion in bilateral trade with Mexico and a $9.7 billion surplus with the rest of the world, resulting in the $1.3 billion deficit.

A driving force of the deficit was the rapidly rising agricultural imports from Mexico. The $11 billion deficit with Mexico breaks down to a $13 billion deficit in fresh fruit and vegetables and a $2 billion surplus in all other agricultural products. These statistics highlight the tremendous weight the U.S.-Mexico trade carries, particularly the fruit and vegetable trade.

DECLINE OF THE DOMESTIC INDUSTRY

U.S. fruit and vegetable production were valued at nearly $50 billion according to the 2017 Agricultural Census, 20% higher than soybeans, a commodity of great economic and political importance in the country. Sun Belt states such as California, Florida, Georgia and Texas are major producers of fruit and vegetables. Overall, Sun Belt states supply nearly 70% of the total domestic production. Unlike row crops such as corn and soybeans in the Midwest, fruit and vegetables have received little government support and have been the most free and liberalized sector in U.S. agriculture.

As competition from imported products intensifies, growers of many crops have been struggling to stay in business. The tomato industry provides a perfect example. In 2000, the United States produced 3.9 billion pounds of fresh market tomatoes, while imports from Mexico were 1.3 billion pounds. But in 2021, the market position completely reversed, with Mexican imports becoming 3.9 billion pounds and the U.S. production dropping to 1.3 billion pounds.

The tremendous growth of Mexican imports was also seen in other major crops such as peppers, squash, berries and avocadoes. Mexico is now a dominant market power in the produce market, while U.S. production of many major crops has declined significantly.

The situation continued to weigh on the U.S.-Mexico trade relations from before the North American Free Trade Agreement renegotiation to the present day, particularly when it was found that Mexican government provided generous subsidies over the years to boost production and exports. Having overlapping market windows with Mexico for almost all of their major crops, southeastern states are bearing the brunt of the fast-growing Mexican imports.

In the last few years, Florida and Georgia have been leading the national campaigns seeking trade remedies. There has been a series of trade investigations requested by the Office of the U.S. Trade Representative in the last couple of years. Up to this point, no tangible progress has been made due to the complexity of the issue. There seems to be a lack of political will to make any moves that could potentially escalate the disputes and spill over to other sectors such as corn and soybeans, which have received much of the U.S. government support for decades.

Feeling left out domestically and run down by imports, specialty crop growers seem to be caught between a rock and a hard place and fighting a losing battle.

The government may have reasons to not escalate the disputes with Mexico, but this does not justify inaction, given the tectonic shift in the market observed in the last two decades. The landscape of agriculture has changed, and the problems to be dealt with are no longer the same. This requires a change of mentality in Washington. There needs to be serious discussions, among both academics and policymakers, of an overhaul of U.S. agricultural policy to address the dire situation of the specialty crop industry.

As the legislative hearings of the next farm bill are kicking off, this is a good time to reassess the current policy and mull new paradigms to replace the decades-long practice that pays little attention to the specialty crop industry. There are multiple fronts the new approach could take on, including those listed below.

Reforming the U.S. agricultural support policy to allow a more balanced treatment among commodities is necessary. Fruit and vegetables are perishable and, unlike corn and soybeans, cannot be stored for an extended period of time, thus making produce more vulnerable to shocks. Further, the volatile market due to perishability makes the industry a more natural candidate for price and risk management programs, which traditionally have focused on row crops.

Immigration reform is needed to increase the availability of farm labor and reduce costs. The labor-intensive specialty crop industry has been plagued by labor shortages and rising labor costs. Immigration reforms that address issues in the current foreign guest worker program (H-2A visa program) and those associated with the undocumented workers inside the country would boost farm labor availability and reduce labor costs.

Research and innovation stimulus programs to accelerate the development and deployment of key technologies, particularly mechanization and automation, would make the industry more sustainable and competitive. Immigration reform could address the urgent labor needs of the industry. However, it will not make the industry more competitive given the large gaps in labor costs between domestic production and imports. A study in the literature shows that strawberry production in Florida costs about $6,000 more per acre in labor costs than in Mexico. To address the large gaps in labor costs, mechanization or automation seems to be the ultimate solution and is the future of the industry.

Zhengfei Guan is an associate professor and Kuan-Ming Huang is a postdoctoral research associate, both at the University of Florida Institute of Food and Agricultural Sciences Gulf Coast Research and Education Center in Wimauma.