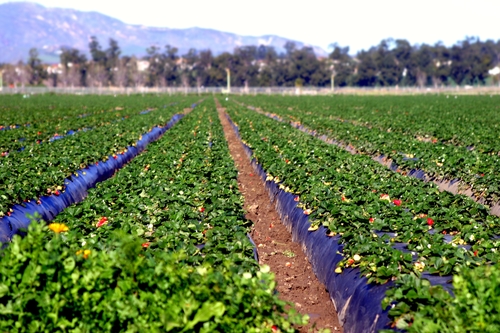 Strawberries are starting to make their seasonal debut in the Southeast as Florida growers begin their harvest. After the harvest is a great time to reflect on issues from the previous season and look toward the next season. Rebecca Schmidt-Jeffris, assistant professor of entomology at Clemson University, recently gave a presentation on a strawberry pest that caused problems this past season as well as pest issues to look out for in the next planting season.

Schmidt-Jeffris covered spider mites extensively in her presentation, mostly because of their resistance to pesticides. Spider mites can reproduce rapidly, and every offspring has the opportunity to develop resistance. Most insects that can easily develop resistance are fast producers, and spider mites have a unique mode of reproduction. “The females can reproduce almost clones of themselves, and those are all males. Then, they can reproduce with their own sons and start a population with one female. So, if the female has a resistance trait, the odds of her passing that trait on are very high,” Schmidt-Jeffris said. She recommended rotating pesticides as a strategy to deal with the resistance.

For spider mites, scouting is essential. Schmidt-Jeffris said the most beneficial way to scout is searching for the insect itself with a hand lens. However, that method takes a lot of time and labor. So, a leading symptom to look for is yellow spots on the leaves.

For next season, Schmidt-Jeffris said it is hard to tell how much pest pressure there will be. “A lot of us have had unusually cold temperatures this year, so we might see some easing off of insects, especially those that don’t do well in the cold temperatures,” she said. However, if pest pressure is low, that does not mean those pests will never return. She used whiteflies and spider mites as an example. “It could still be a problem two years from now. They may just lighten up because of the cold snap,” Schmidt-Jeffris concluded.