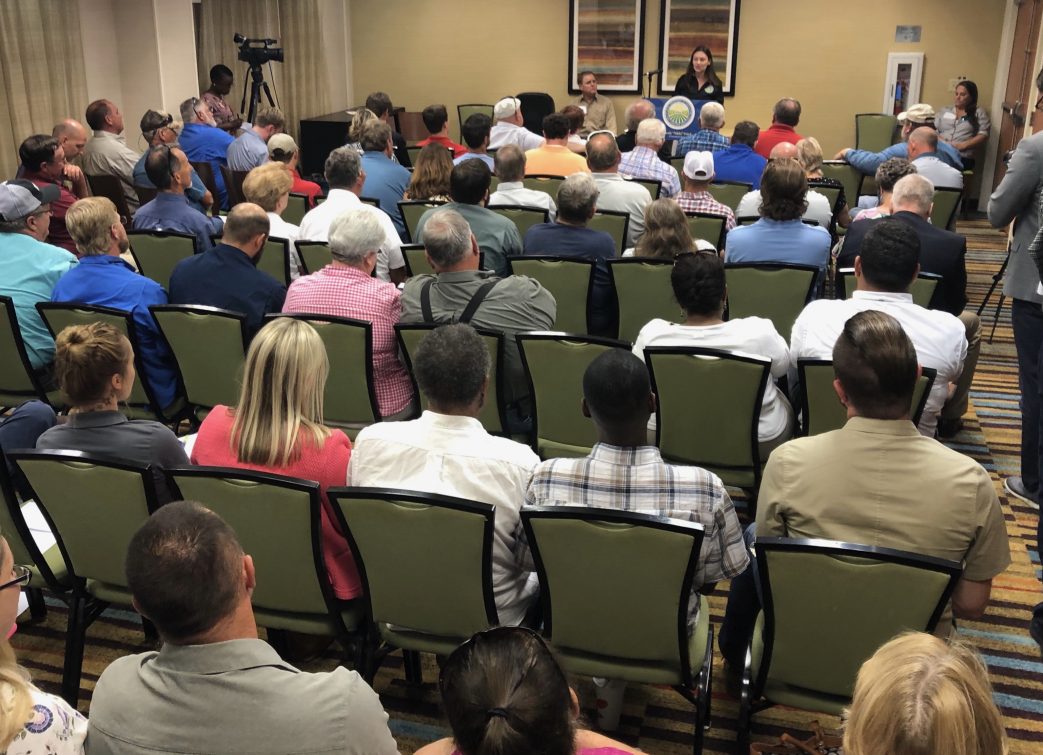 On July 30, farmers and industry leaders from throughout the Southeast gathered in Lake City, Florida, to discuss the U.S.-Mexico-Canada Agreement (USMCA) and the lack of protection for Southeastern produce growers struggling to keep up with heavy Mexican competition.

“The fight is real,” said Florida Commissioner of Agriculture Nikki Fried in an exclusive interview with AgNet Media Founder and President Gary Cooper during the meeting.

Fried mentioned that the unity between the Southeastern states in this fight was evident given the packed meeting room on a Tuesday afternoon. “Knowing that we have a united message and a united fight is invigorating,” she said.

Fried has been a leader in the fight against the USMCA, which is the rewrite of the North American Free Trade Agreement, and several other aspects of President Trump’s trade policies. She recently held a phone conference with Florida Congressman Darren Soto, again expressing her dissatisfaction with the USMCA. Hear her comments here.

Listen to Cooper’s exclusive interview with Fried from the USMCA meeting in Lake City:

Cooper also caught up with Kyle Straughn, a blueberry grower, beekeeper and cattleman from Gainesville, Florida, at the meeting. He believes that the reason people are taking time out of their busy schedules to be in Lake City is because they realize there is a problem.

“I’m all for open trade and free trade … but when we’re competing with other countries that don’t play on the same scale as we do when it comes to regulatory stuff, when it comes to labor … it’s just unsustainable for us in the Southeast,” Straughn explains.