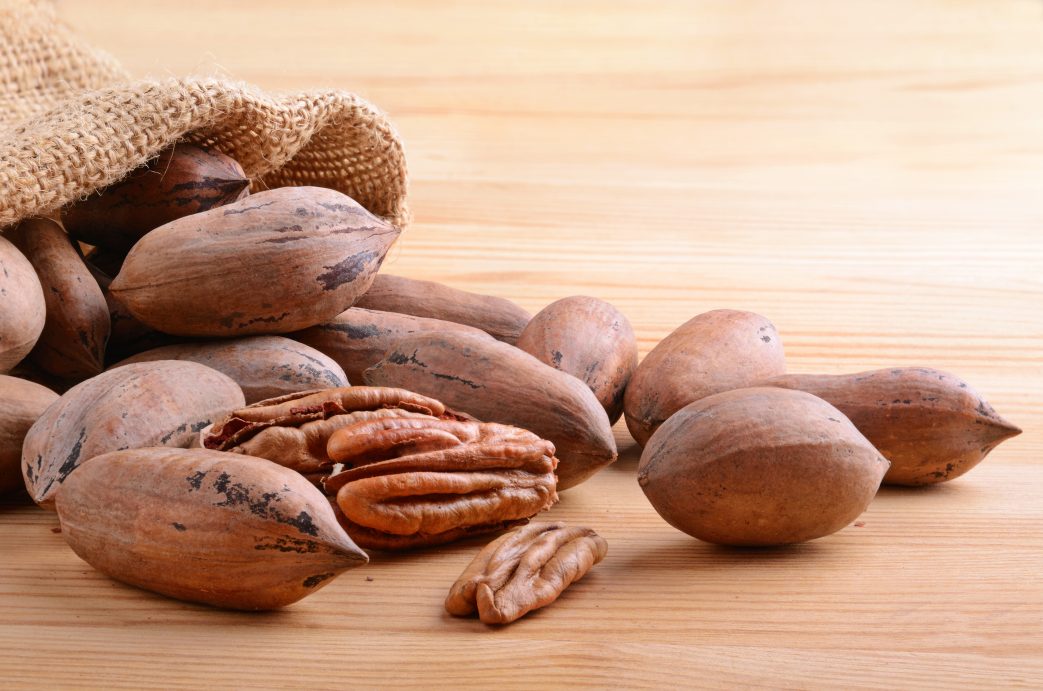 The pecan industry in the Southeast faces several challenges in remaining sustainable for the foreseeable future, according to Lenny Wells, University of Georgia Cooperative Extension pecan specialist. Obstacles including increased competition from Mexico, the trade war with China, and parts of the Southeast region still recovering from 2018’s Hurricane Michael have contributed to decreased market prices.

“A good example to really get a gauge of how much the market is off is to look at two of the better varieties: Desirable and Pawnee. Pawnee, prior to the trade war, was $3.10, $3.25 and sometimes more than that per pound,” Wells said. “This past year, they were anywhere from $2.50 to $2.70 per pound. Desirable had been $3.05, $3.10 per pound before the trade war with China started. Now, they’re right around $2.30 per pound. That’s what they went for this past year.”

The prices for pecans actually improved from 2018 following Hurricane Michael’s devastating impact in early October. Desirable dropped to $1.30 per pound by season’s end.

Improved relations with China, highlighted by the phase-one deal signed on Jan. 15, should continue to improve the U.S. export market. China is the biggest buyer of U.S. pecans. Producers felt the pinch of declining prices when tariffs were imposed on China products in 2018. Wells said the China market improved in 2019.

“There were some nuts that moved there, but they had to be a certain type of nut, certain size and certain quality. If they didn’t fit that, they had to go on to the domestic market. That’s where we really saw the biggest influence from those nuts coming in from Mexico,” Wells said.

Growers in the Southeast struggle to compete because shellers can buy a higher percent kernel of nut from Mexico and the western United States at larger quantities and sell for cheaper than they can with some of the older varieties that are produced in the Southeast like Success, Moneymaker and Stuart, which are only 40 to 45 percent kernel. It’s hard for those varieties to compete with what’s being imported from Mexico.

“We do have a lot of young trees in the state that are a much better variety, much better quality than that. I think the future looks pretty good for that. We just need more of that and less of those older varieties,” Wells said.

Wells stresses to growers they have two options to combat declining prices.

“One is to produce more volume, and I think for large growers that is certainly an option,” said Wells, though that means more intensive and expensive management practices like tighter tree spacing and hedge pruning. “The other option is to grow your crop for less. There are only certain varieties that we can do that with. For smaller growers and those that don’t want to have to do a lot of spraying, the low-input varieties are the way to go.”