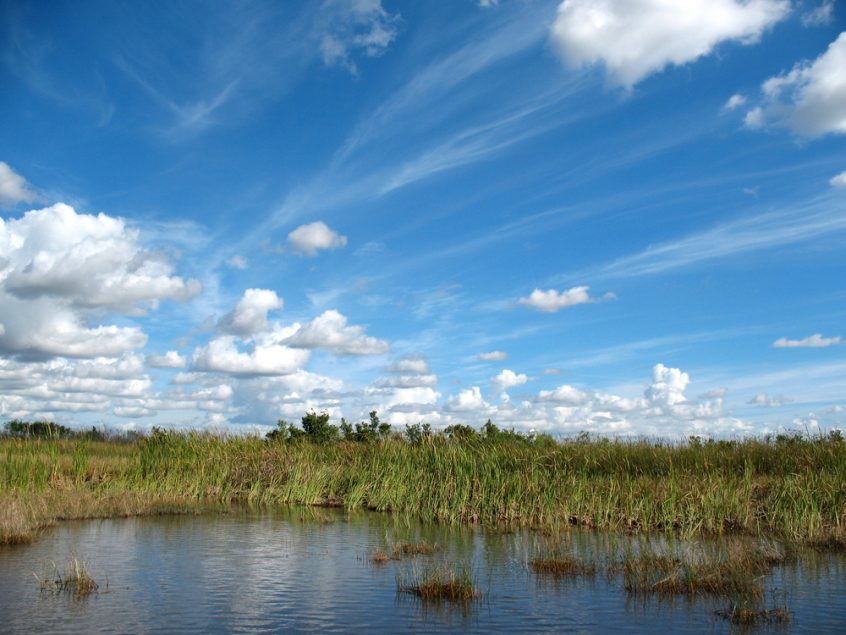 Everglades Agricultural Area farmers are marking another year of their successful track record in Everglades restoration by sending clean water into the system.

During a year of El Nino rainfall – at times more than 350 percent above average – EAA producers’ Best Management Practices reduced phosphorus in the water leaving their farms by 27 percent. The November-through-January dry season was the wettest on record, with January rainfall breaking all records, according to the South Florida Water Management District.

“Hearing these results makes all of the hard work and long hours we put in during this tough year even more worthwhile,” said John Scott Hundley of Hundley Farms.  “I’ve been working on our family’s farm for 26 years, and I can’t remember a tougher year managing water, outside of a major storm.  I’m proud of these results because they exemplify the expertise of the growers who were able to manage their farms in a way that protected local food supply and continued to provide water-quality performance for the Everglades.”

This year is the 21st consecutive year EAA farmers have met the state’s strict water-quality standard south of Lake Okeechobee, with a long-term average reduction of 55 percent each year.  The results are made possible by the growers’ science-based farming practices such as sampling and analyzing soil from each field before planting in order to apply only the precise amount of nutrients needed. Those measures have prevented more than 3,000 metric tons of phosphorus from entering the Everglades.

“The Everglades Agricultural Area is a uniquely productive farming basin, unlike any other in the nation,” said EAA grower Paul Orsenigo of Grower’s Management, who is incoming chairman of the board of the Florida Fruit & Vegetable Association. Orsenigo’s operation grows a diversified crop mix including fresh-market vegetables, leafy crops and sugar cane.  “Not only does the EAA provide abundant supplies of rice, sugar cane and vegetables — including enough lettuce for 3 billion salads — but EAA farmers are also essential partners in the success of one of the world’s largest environmental preservation efforts.”

Florida’s enactment in 1994 of the Everglades Forever Act was a monumental step forward for Everglades restoration efforts.  It created a public-private partnership between state and local agencies and EAA farmers that has resulted in providing clean water to the southern Everglades system.